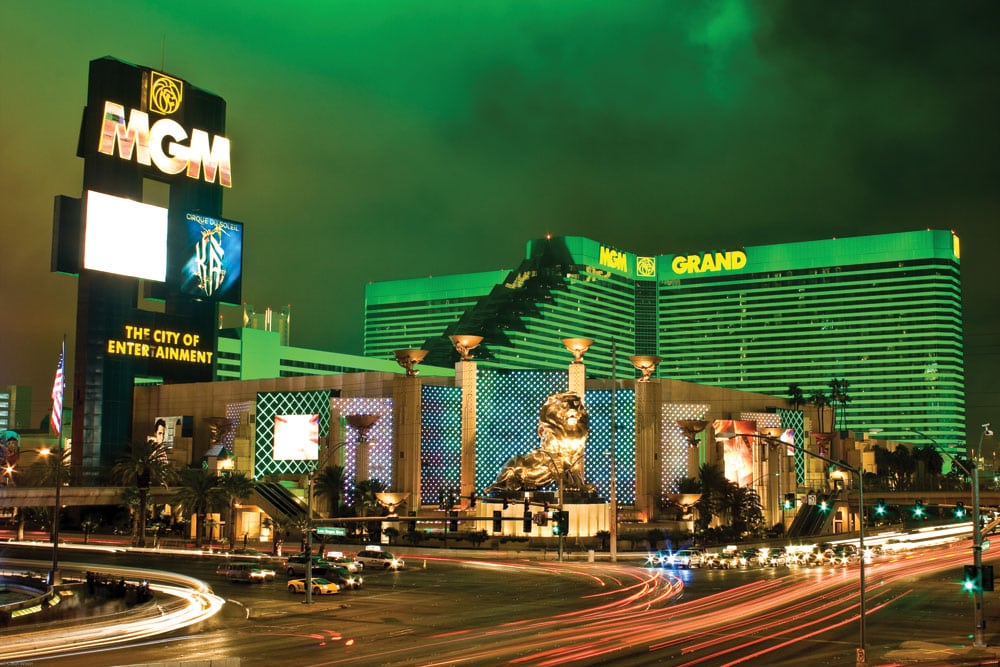 SP Richards’ (SPR) Advantage Business Conference (ABC) first came to Las Vegas in 2000 and the theme of the event was ‘Professionalism: Knowledge of Fire’.

This year, for its 17th ABC, the US wholesaler returns to the gambling capital and the second largest hotel resort complex in the world, the phenomenal MGM Grand. And the theme – IGNITE – is not completely different this year, further stoking the fire that started as a slow burner all those years ago.

Never was there more need to do that, given what’s happened in the OP industry since last year when SPR’s SVP of Marketing Jim O’Brien urged delegates to embrace change – urgently. Back then, O’Brien was talking about the integration process at Office Depot and OfficeMax. Now we’re talking about whether the mother of all mergers – Staples and Depot – is going to go ahead and if so, what that will mean.

There’s no doubt that the scope of the OP – or business supplies – industry is becoming ever-wider and more encompassing, having to face up, like never before, to threats like Amazon Business or Google algorithm updates (see also page 12 and page 66, respectively).

But at the heart of dealers’ businesses are still the same core issues: how to hire the best sales staff; how to maintain close relationships with customers; how to enhance brand identity; how to keep workable margins. These – and many more – will be addressed during the extensive seminar and workshop line-up that SPR has organised.

On a more general note, two high-profile keynote speakers – Jeremy Gutsche and Simon Sinek – are expected to give powerful performances that will provide plenty of inspiration and vision on how to go about igniting that fire and affecting change while remaining relevant and successful along the way.

Once again, the OPI team will be present at this year’s ABC, to present the NAOPA (for more information, see page 44), provide a daily update on what’s happening at the event and, importantly, learn about what makes the business supplies sector tick in these changing times.

As O’Brien says: “SP Richards’ ABC will strike the match and light the fire of professionalism this June in Las Vegas, so ‘Ignite Your Passion to Succeed in 2015’!”

Cream of  the crop

Finding and rewarding the best dealers and vendors in North America – that’s what the NAOPA are all about.

It’s nearly time again for the North American Office Products Awards (NAOPA), the most recognised awards in the North American OP industry hosted jointly by SP Richards (SPR) and OPI. Launched in 2010 and now in their 6th year, the NAOPA seek to find, acknowledge and reward the best products and the leading players in the industry.

As every year, the awards will be presented during SPR’s annual Advantage Business Conference (ABC) which takes place at the fantastic MGM Grand in Las Vegas from 21-25 June (for a preview of the ABC, see page 43).

The NAOPA are split into two categories – vendor and dealer awards. The former includes entries for the best product in the following sectors:

In addition, there’s the overall Product Innovation of the Year and the People’s Choice award.

OPI has once again been overwhelmed by the high quality of the entries – and the judges certainly had a tough time deciding on the winners. That said, the strength of the entries, especially in growth categories such as cleaning and breakroom,
can only be good for the independent dealer channel.

There’s no doubt that the two individual awards – one for Professional of the Year and one for Industry Achievement – are a highlight, not only of the NAOPA, but also, traditionally, of the last night of SPR’s ABC event.

OPI has seen some tremendous nominations for these categories over the years, with some very worthy winners taking home the trophy. Among them is last year’s winner Bud Mundt (see left) who received the Industry Achievement award from his son Bud Mundt Jr in an emotional and touching handover.

OPI Director Janet Bell says: “It is a real honour to reward the leading dealers in our industry. We are always looking for those individuals who really make a difference to their organisations and the industry as a whole. You can tell by the reaction in the room that these people have had a real impact on the dealer community.”

As Mundt said: “The OP industry has changed tremendously over the years, but its values, from where I am standing, have not.”