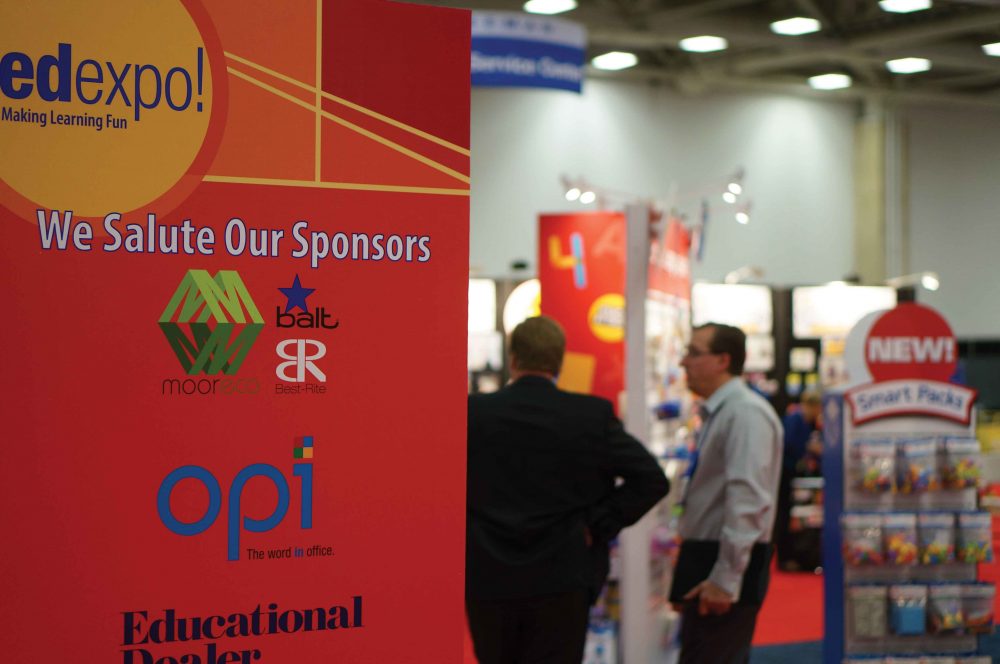 Most OPI readers are probably familiar with the term ‘adjacent categories’ as resellers try to expand their products beyond traditional office supplies or develop solutions aimed at specific
market verticals.

One key adjacent category that resellers (and manufacturers, for that matter) have been targeting for some time now is the education sector. Back to school (BTS) is a key time of year for OP players in many markets, of course, but that does tend to be retail-focused. However, commercial resellers are increasingly looking to the schools and higher education sectors as a natural extension of their corporate B2B operations.

Staples is a case in point, with educational supplies and equipment (as opposed to purely BTS supplies) one of the verticals it has been developing as part of its massive SKU expansion. In the US independent dealer community Independent Stationers (IS) now holds the US Communities school supplies contract, and Texas dealer Gonzalez OP has added a school supplies component to its TCPN cooperative contract (which TriMega members can ‘piggyback’ on).

The leading US trade association for supplying the pre-K-12 schools market is Education Market Association (EDmarket, and until recently known as NSSEA) and its annual focal point is the Ed Expo trade show, which took place in Dallas, Texas from 8-11 March.

This year, for the first time, EDmarket co-located Ed Expo with the CAMEX trade show, the annual fair for the $11 billion North American college bookstore market, in a move designed to provide cost synergies and generate crossover buyer traffic. The combined shows created the world’s largest trade exhibition for students from pre-school to college, and OPI was pleased to be asked to be an official media sponsor.

EDmarket recently signed an affiliate agreement with IS which will enable EDmarket members to sell to educational establishments on the IS US Communities school supplies contract. As a result of that agreement, IS had a booth at Ed Expo and held one of its regional meetings at the show. The meeting included a table-top vendor expo that attracted about 30 suppliers and 50 dealers.

Staffing the IS booth at the show were group stalwarts Bob Nimmo and Tom Ashburn, who were on hand to help educational dealers better understand the opportunities available to them through US Communities. The arrangement with EDmarket appears to be off to a good start, with about 40 EDmarket members already signed up to the IS programme.

IS’s VP of National Accounts Kevin France was also in attendance at Ed Expo, co-presenting a training session called How To Sell To Schools with Laurie Uherek, an EDmarket board member whose dealership Educate & Celebrate is acting as a pilot on the IS/EDmarket affiliate alliance.

Uherek certainly provided a wake-up call to dealers that weren’t up to speed with their e-commerce efforts, reminding delegates that public sector P-Card (purchasing card) holders could generally place orders for up to $1,000 without requiring a purchase order – and this included being able to buy from Amazon.

On the subject of Amazon, it appears the e-commerce giant is seriously targeting the schools market, with reports of a direct bid by Amazon on a school supply contract in Texas. Next stop office supplies contracts?
Ed Expo attracted approximately 225 exhibiting companies this year, and the number of dealers in attendance – about 560 from 280 companies – represented a 3% increase compared with last year. CAMEX is a much larger event altogether, with more than 700 exhibitors selling a mind-boggling array of products. It appears that anything that can be adapted to a US college’s colour scheme or have its logo printed on it somewhere is fair game for a college bookstore.

One notable exhibitor at CAMEX was consumer electronics retailer Radio Shack, which has been making inroads into the US college bookstore market.

Radio Shack – which recently announced major cutbacks in its US store network – began targeting the US college bookstore market two years ago with its branded store merchandising programme. The programme includes wall units, gondolas and some smaller, free-standing point-of-sale displays.

Radio Shack handles the product assortment and fulfilment, using mainly its own private label products, but augmenting these with select high-profile brands such as Beats Audio to draw more customer traffic.
A Radio Shack spokesperson at CAMEX confirmed that the retailer has signed up 17 college bookstores to the programme so far, and has recently introduced a portable display endcap that allows stores to test the programme before signing on as a fully-fledged member.

Also drawing attention on Radio Shack’s CAMEX booth was an Afinia 3D printer. The printer – which has a recommended retail price of $1,600 – was mainly being used to promote Radio Shack’s own brand of ABS filament, which is the Afinia printer’s ‘ink’. However, OPI understands that a number of bookstores actually ordered printers from Radio Shack at the show and will use them in their own stores as a way of driving their own foot traffic.