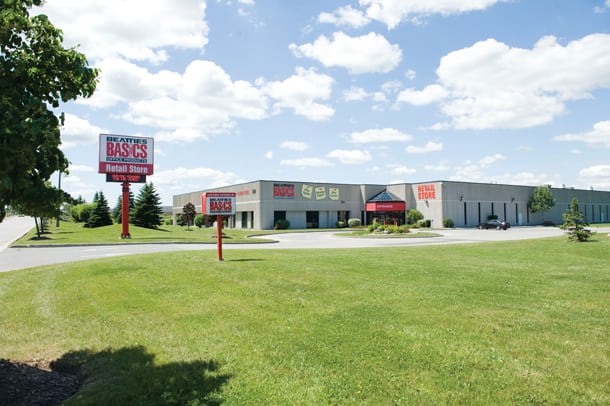 What do wallpaper and library books have to do with office products? Very little from the outset, but this is how Beatties Basics started out in the southern Ontario town of St. Catharines over 150 years ago – as a community lending library and wallpaper shop set up by DW Bixby in 1860.

Plenty has changed since then, notably the involvement of the Beattie family in 1926 when Lawrence Beattie, grandfather of current owner and President Ted Hoxie, became a partner in the firm. But it was still another 29 years later before what was then known as Beattie Stationery became a typical retail stationery store. The trading name then changed to Beatties Basics in 1998 when Rodger Beattie, Ted’s cousin and company President at the time, decided to raise the profile of the Basics Office Products buying group.

Today, Hoxie says, the company is best described as a full service business products provider. Its focus has also changed somewhat, he adds: “During Rodger’s era, we had nine retail stores and 45% of our business was B2B while the majority – 55% – was retail. Today, only 15% is retail and 85% B2B.”

Retail now means three stores, the main location being adjacent to the dealer’s HQ and warehouse in St. Catharines. It’s a 20,000 sq ft large-scale outlet that comprises a showroom both for office furniture and business machines. The second largest store at about 10,000 sq ft is located just 20 minutes away, in the town of Niagara Falls, while the third and smallest one (4,500 sq ft) is in a small community across from Buffalo called Fort Erie.

The Canadian economy arguably fared better than that of many other countries over the last few years, but independent dealers in the country, much like everywhere else, have had to deal with a shrinking market and growing digitisation, and adjust their business model accordingly.

Says Hoxie: “We’ve changed our focus over the past ten years to become a more sales and customer-service driven organisation and to expand our product offering away from the traditional OP mix to everything used in the office.”

Beatties Basics has been fortunate in that it could count on many long-term staff members and a solid, longstanding and community-orientated reputation in this endeavour.

Out of the various new directions the company has taken, perhaps the most successful and certainly the fastest growing is the investment in its business machines business, both at retail and B2B level. Business machines have been a part of the its overall offering since 1979 when it bought a small machines dealer, but the focus on the segment has increased considerably since then.

Hoxie explains: “Beatties made two acquisitions over the past 12 months – St. Catharines Business Machines and Océ Canada’s service contracts in Niagara and Waterloo – which both primarily benefit our business machines division and brought about C$1.2 million in service revenue to the company. We’re now a full-service business machines dealer and our main product lines are Canon, HP, Brother, Samsung and Kyocera. We have eight account managers that strictly concentrate on that product line and 17 field technicians, all supported by our customer service team.”

MPS also falls under the business machines umbrella and Beatties is an authorised HP Managed Print Advanced Specialist. It has been actively selling MPS programmes for several years, with all the service functions that this contractual model entails. Indeed, in total 45-50% of sales in the business machines division can be attributed to service-related offers. That equates to about C$3-3.5 million in service dollars alone.

That’s still only a small part of Beatties portfolio. Predominantly on the retail front, the company is a technology dealer for Apple, Lenovo and Acer products, mostly with accessories and after-sales technical service rather than low-margin hardware products.

The company also supplies furniture with its own showroom, sales specialists, designers and factory-trained installers.

Much like most progressive OP resellers, Beatties Basics has expanded its product categories by adding educational supplies, promotional products, legal supplies, printing services and the current favourite – facilities management. Within that latter, fast-growing segment, Keurig coffee services in particular have been a big success.

All that said, traditional OP is far from dead as a category, says Hoxie: “We are averaging 3-4% growth in OP and, in a shrinking market, all that growth is coming at the expense of the competition.”

Asked who the prime competition is, he puts it quite simply: “Staples, Staples and Staples. They’re a very strong organisation in Canada – both in retail and with Staples Advantage – and a tough competitor.”

Of course, there’s more to it than that – OfficeMax and the non-traditional competitors including Walmart, Target and Costco all have a role to play, not to mention the slowly but ever advancing threat of Amazon, plus other online operators and stockless dealers – but the one to keep up with and beat is none other than Staples. Part of the reason for this is also that there are simply not many dealers left in the area where Beatties operates. About 25 years ago, there were about eight or nine independents in the Niagara region, now it’s just one or two others because some were bought by Beatties over the course of the years while others simply closed.

The factor that differentiates Beatties, says Hoxie, is the service proposition and value-add: “We don’t believe in going to customers and giving them a standard package; we try to listen to what their needs are and then develop a custom-tailored package accordingly.”

Unlike the multi-nationals, Beatties Basics is very much a regional player and despite moves to extend that reach somewhat, be that through more sales offices or further acquisitions, it will remain regional.

That said, Beatties is one of the founding shareholders of Basics Office Products and Hoxie is currently Chairman of the buying group. Membership of the organisation creates more of a level playing field with regards to purchasing power, database management, marketing and vendor relationships. On top of that, servicing far-reaching, even nationwide, customers has also become a reality, but it’s a work in progress, Hoxie admits.

A group of progressive dealers has implemented a National Account Program which offers national coverage with competitive and consistent pricing. This alliance has now been going for about five years and national sales continue to grow annually, he adds.

As alluded to before, Hoxie believes the industry is at a crossroads once again and that to succeed in the future, dealers have to make serious investments – in terms of finance, personnel, training, new non-traditional product lines and technology – in order to remain competitive. He says: “We’re going to see a market correction like we saw ten years ago. The big boxes are already downsizing their store locations and their square footage and we’re not impervious to that; we face the same issues in our local marketplaces. It’s decision time right now. The market is changing, new non-traditional competitors are entering the Canadian market and you really need to reinvest back into your companies, on all fronts.

“There are some dealers that have been in business for many years, are comfortable and they don’t want to change. But there are difficult times ahead for those dealers that just rely on traditional OP. Independents have the ability to adapt and change more rapidly than large corporations and the future remains bright for those that are continually adding to their product lines and services to meet the needs of the ever-changing business customers.” 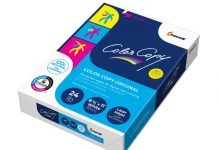 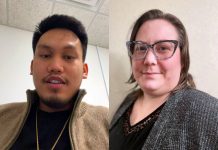 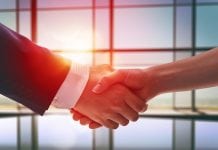