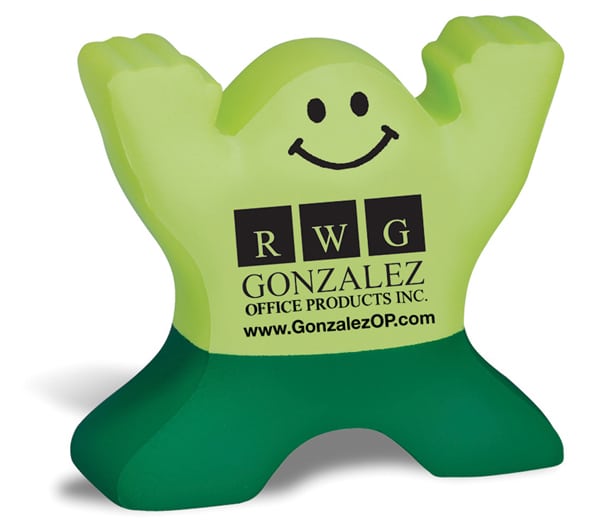 Texas independent dealer Gonzalez Office Products attracted national – even international – attention in early 2010 when it was awarded a nationwide contract from The Cooperative Purchasing Network (TCPN), the Texas-based organisation that develops cooperative contracts for the public sector and non-profits in the US. This took place several months before Independent Stationers’ US Communities contract win and it was certainly highly unusual for a small, local dealer to be given an award of this kind.

“The TCPN award was a game-changer for us,” says VP Pam Gonzalez. “Back in 2010 we were creating a name for ourselves in the industry, but at a more local level.”

The dealership started up in 2002 with Wayne Gonzalez literally making deliveries out of the back of his pick-up truck in the mornings, and donning a suit and tie in the afternoons to make sales calls. He even had to buy products from a dealer in San Antonio because he couldn’t get wholesaler support at first. Pam – who previously had a successful career in corporate America – joined the business a few months after it was founded, initially in a consulting capacity. She and Wayne began dating, Pam took a stake in the business, and the couple married in 2005. The rest, as they say, is history!

The dealership now employs 30 people (including part-timers and some outsourced functions) and sales could hit $10 million in 2013 “if the stars align”. The head office is in Austin, but three regional service centres cater for customers in more remote areas of the state. These centres carry a range of essential supplies and also allow customers to place orders for next-day delivery.

“Texas is a huge place,” notes Pam, “and some communities may not even have a local discount store. We’re not changing our business model completely, but these locations evolved out of a need to service these communities.”

From the beginning, Gonzalez had a relatively diversified customer base and developed expertise in a number of verticals such as the legal and medical professions and, more importantly, education. It was a meeting with the Superintendent of a schools district that eventually led to the dealer winning the contract with TCPN.

“We were doing an annual review and we knew that the district was buying from other suppliers,” explains Pam. “We wanted to know what it would take for them to do more business with us, and the Superintendent looked at me and said, ‘Get on a list’. I didn’t know what he meant by that, but that’s when the saga began. We realised that we knew very little about the education vertical, so we immersed ourselves in understanding that marketplace.”

That learning experience put cooperative contracts on the Gonzalez radar screen and, after a “whole library” of failed requests for proposals with TCPN and other co-ops, the business was awarded a TCPN office supplies contract in February 2010. Pam summarises the main reasons for the award as competitive pricing and the company’s strong reputation in the marketplace.

The contract award was the beginning of a new chapter in the Gonzalez story.

“When we got that award, we drove to Houston to meet TCPN face to face because we really needed to understand what their expectations of us were,” states Pam. “If they expected us to quickly service accounts across the country, we were going to need to adjust our business model.”

As it turned out, TCPN was happy for Gonzalez to initially work at a local level before discussing opportunities nationally.

“That gave us time to understand TCPN as an organisation and to understand the benefits of cooperative contracts. We started by focusing on what we knew best – education in Texas – and then we grew out to municipalities, higher education and the non-profit sector.”

The key to success, says Pam, has been understanding and being able to sell the benefits of cooperative purchasing – such as the cost savings with group purchasing and the reduction of soft procurement-related costs – and being able to marry that with a buy local component. The opportunity to expand nationally came about a year into the contract following a review meeting with TCPN, after which “we knew they were ready for us to start out-of-state expansion”

Gonzalez was already a TriMega dealer and an initial supporting partner of its Point Nationwide (PNW) national accounts programme. “PNW wasn’t really designed for the public sector, but here we were with this state-of-the-art infrastructure which wasn’t supporting as much business as we’d hoped, and all this opportunity from TCPN,” explains Pam. “On a whim I reached out to Grady Taylor, and that led to the development of the Point Nationwide Gonzalez Alliance.”

There are currently around 75 PNW dealers in 26 states signed up for the TCPN contract with Gonzalez, although only about 25 dealers are actively engaged and successfully selling on the contract. “There is a learning curve that dealers have to go through, like the one we had to go through in the beginning,” notes Pam. She adds that Gonzalez was “very careful” to ensure that the PNW agreement tied in with the dealer’s own values about giving back to the local community, and 96% of the gross profit generated goes to the partnering dealer.

“We ensure that dealers on the contract will be good representatives of Gonzalez – after all, our name is on the contract. That means having a good reputation in their local market and a very relationship-focused, customer-centric business model.”

The contract potential has been boosted by the growing notoriety of the TCPN name on a national basis over the last few years, and estimates put the amount of business currently being done through the organisation’s contracts at around $1 billion. While the switch of some of Office Depot’s business from US Communities to TCPN no doubt benefited TCPN, Pam Gonzalez believes the co-op would have grown regardless, thanks to its ambitious national expansion strategy.

As to the presence of Depot on the TCPN contract, Pam is quite clear: “Wayne and I believe that we have a responsibility to TCPN. Whether we like it or not, Office Depot is another contract holder and we are respectful of that. TCPN prides itself on vendor neutrality and we do not go out and target Office Depot. We focus on improving aspects of our own offer and selling the benefits of doing business with us.”

Gonzalez is confident that it will be able to triple its own TCPN sales in 2013 as it gains experience in the cooperative contract world and its buy local message gains traction. But the dealership is a long way from putting all its eggs in one basket. TCPN accounts for only 15-20% of total sales and Gonzalez is not about to take its eye off its core customer base nor ignore the current challenges in the office supplies world.

“I don’t think any of us can wait to react to changes; we have to be proactively engaged in moving forward and we have to have a plan,” observes Pam. “Anyone who knows me knows I have a plan for everything! Dealers need to plan ahead – that’s the only opportunity for continued success.”