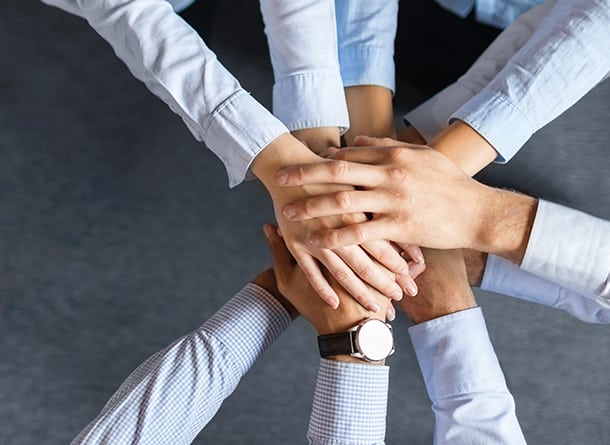 You would be forgiven for wondering what the connection is between the approval of the 2018 National Defense Authorization Act (NDAA) – the $700 billion budget for the US Department of Defense’s (DoD) spending on things such as aircraft carriers and jet fighters – and the provision of office supplies to the US federal government.

The answer lies in a bill – the Defense Acquisition Streamlining and Transparency Act (HR2511) – that aims to change how the DoD and other federal agencies purchase commercial off-the-shelf (COTS) products. These COTS range from basic office supplies to forklift trucks and the bill was included in the 2018 NDAA. DoD spending of these items is not to be sniffed at, being worth more than $50 billion (yes, billion!) per year.

HR2511 was introduced back in May by Republican Congressman Mac Thornberry who is the Chairman of the House Armed Services Committee. The idea is for the DoD to be able to purchase products online using commercially-available marketplaces. This is something that, according to Thornberry, would simplify federal procurement and lower the prices the government pays for goods.

When interviewed by journalists after announcing the bill, Thornberry said: “If you’re buying office supplies, you ought to be able to go on Amazon and do it.” HR2511 soon became known as the ‘Amazon Bill’ and it was even reported that the e-commerce giant had worked with Thornberry’s staff in drafting the wording of the bill.

None of this went unnoticed by the independent dealer community (IDC). Trade association NOPA called the DoD online marketplace a “multibillion dollar handout to Amazon” and issued two calls to action to its members to lobby their local Congress representatives and express their concerns over the proposals. The response from dealers to these calls to action was better than usual, which is proof of the potential impact that dealers fear.

“The House version of this bill includes language [… that] turns over the DoD procurement ordering platform to Amazon,” said NOPA in a letter. “That may sound great, but the reality is the government market is not the private sector, and this new proposal is not only untested, but includes zero input from stakeholders.

“Any business will tell you that before you implement a programme this big, you understand it and what it will do; you seek out input. None of this was done in this case. Instead, Congress simply sticks a major programme change like this into a massive DoD spending bill and hopes that it either goes unnoticed or you get the votes because of the impact this legislation has on other national security issues.”

Small business groups such as NOPA and the Coalition for Government Procurement were able to engage with policy makers during an October meeting with the Senate Armed Services Committee. The result was a Senate amendment to HR2511, and this version is now expected to pass into law. Key points include:

While recognising that the amendments are an improvement on the original draft, NOPA’s Director of Public Affairs Paul Miller told OPI that including these procurement changes in the NDAA was “disappointing” and that the bill still favoured Amazon.

Other representatives of the IDC in the US have also voiced their concerns over the NDAA. “This move could absolutely have a major impact to AOPD members and any IDC dealers that do business with the federal government,” AOPD Executive Director Mark Leazer said. “Some will argue for the ‘privatisation’ of those federal marketplaces, but to put control of that in the hands of Amazon would be a devastating blow to small businesses.”

At the two main US dealer groups, Charles Forman of Independent Stationers (IS) and TriMega’s Grady Taylor issued a joint response to OPI under the Epic Business Essentials flag. “The stated goal of GSA […] is to support small business,” they said. “These online marketplaces represent among the largest retailers in the world – Amazon. Secondly, Amazon does not hold prices: how can traditional contract holders under GSA schedules be forced to hold to a different standard? There are also potential implications pertaining to the block and substitute requirement of traditional schedule holders to use the AbilityOne product versus the commercial equivalent, as well as product that is Trade Agreement-compliant. Thinking outside of just office products, do we really want our soldiers wearing gear or using equipment made in countries that are not compliant?”

Forman and Taylor also voiced concerns about the financial and legal implications of shifting government procurement to commercial online marketplaces. “Online marketplaces are an amalgamation of resellers or third parties, with transactions processed by the marketplace coordinator. At this time, Amazon is taking double-digit points from the third parties for the privilege of participating. We believe this layer between the federal government and the resellers is not the most competitive venue for what is the largest office supply customer in the world – the US federal government. Also, if it were to come to pass, there are many concerns pertaining to ensuring these marketplaces stay in compliance with the many rules and regulations that traditional schedule holders have adhered to for years.”

It’s an issue that new NOPA CEO Mike Tucker will be focusing on in the coming months. Tucker told OPI that his appointment wasn’t directly related to the NDAA, but it appears to be a timely move by NOPA given his many years of experience in dealing with the government procurement channel at dealer George W Allen and during his time as a former NOPA Chairman.

Tucker confirmed that he will be looking to galvanise the IDC during the phase-in period and work with other industries that would also be affected by the procurement changes in order to give the IDC as much clout as possible in Washington. That will still be a challenge given the influence that Amazon appears to be able to exert – Amazon has former GSA Chief Acquisition Officer Anne Rung heading its government business, remember.

While it seems unlikely that this move to online marketplaces will be derailed, the goal for NOPA will surely be to ensure that small businesses are still able to compete in the federal government space on a level playing field.

The view of the government

In November, an NDAA conference summarised the reasons for the DoD to use online marketplaces for purchasing. “Today, the Department has two options for purchases: through the DoD contracting process or from the General Services Administration at prices set by that agency.

“The bottom line is that the [DoD] is rarely able to buy off-the-shelf items quickly and at a reasonable price. The solution is obvious to most consumers – allow the government to use online commercial sites like Amazon, Grainger, Staples or Walmart just as businesses do.

“These portals function like mini-marketplaces, ensuring that the buyer gets the best price without a lot of red tape. Using these portals has the added benefit of allowing the DoD to track and analyse procurement data.

“Any business will tell you that this ‘spend analysis’ is critical to efficient operations. For the government, that kind of transparency and accountability would be revolutionary.”

AOPD and Pinnacle team up for Industry Week meetings