United Office Products has announced a board and operational restructure that involves the redundancies of 12 members of staff, as seven dealers leave the dealer group for splinter group Challenge Consortium.

As a result of United’s restructure, Tim Wooton, Hugh Sear and Ernest Parbury have decided to step down from the board, while Stephen Headdey, Richard Broderick and Elena Neville have agreed to resign their positions as directors.

Meanwhile, the dealers that have left United to join Challenge Consortium, brings the splinter group’s total membership to 15, providing a combined turnover of £40 million ($71.8 million).

Paul Cohen of High Wycombe-based JPS, and one of the founders of Challenge Consortium, told OPI: "Things here are brilliant. We are delighted to have the new members on board and look forward to helping them strengthen their business through joint buying and general catalogue production."

United CEO Chris Lee said he had expected the United dealers to leave. "It is nothing more than what we anticipated and we don’t expect any more to go. When Officeteam, OfficeSMART and OSTAline came together, the Officeteam dealers always felt smarter and bigger. Challenge Consortium is just a reformation of Officeteam and the dealers went more because they are a social club rather than because of a business decision."

On United’s restructure, he added in a statement that he is confident that the team now in place at the dealer group comprise the people who will bring value to members’ businesses. 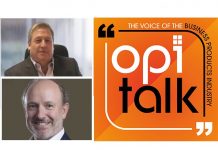 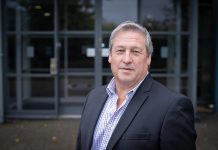