Everyone agrees that independent dealers must stand together to tackle the big box players, so is a strain in recent relations between is.group and TriMega playing into the power channel’s arms?

It’s been more than a year since is.group announced its move into distribution. The recent news of Mike Gentile’s promotion to president of is.group, with John Kreidel stepping down but maintaining his position as CEO, has kicked off another round of PR for the distribution initiative, as the cooperative looks to win the hearts and minds of those dealers that are yet to sign up for it.

To this end, Gentile and is.group have produced a slick video in which dealers that have tried and had success with the initiative sing its virtues. The video opens with an apt introduction. It says, "When is.group opened its RDCs, it created quite a stir in the industry".

Companies such as Pay-LESS Office Products, Pettus Office City and Sayes Office Supply line up to praise the initiative. Contributors on the video are generally of the opinion that dealers should be more ready to embrace this progressive movement as standing still would be just "marking time".

As a larger dealer, Pay-LESS’s views were particularly interesting, as the distribution initiative has been seen to be of more benefit to the smaller and medium-sized dealers rather than the larger ones. It is this view that played a part in a clutch of the group’s larger dealers leaving the group.

"We lost a few larger dealers, over $7 million in OP sales, due to changes in structure and the RDC initiative by May of 2004. We lost nine other larger dealers for other reasons towards the end of the year," Kreidel reveals.

However, he adds: "I do not think the main reason they left was because of the RDC launch. What few people know is that these dealers that left in December of 2004 were buying very little from the RDCs. It’s unfortunate that they never engaged like the many large dealers which worked with us to make things better.

A book could be written on what occurred politically with these departures, but let’s just say that they simply did not want to be part of the group any longer and they believed they could gain more on their own."

Dave Guernsey, CEO of Guernsey Office Products and former is.group board member, was at the forefront of this departure of members. He says: "We left 1 December 2004. Our departure was predicated on our belief that larger dealers needed to band together to effect a new relationship with the supply chain. A group of nine is.group dealers joined us and shared our view.

"is.group fundamentally, via the distribution initiative, serves the small-medium sized dealer and has limited time/resources for larger dealers to pursue the initiative we felt was in order. TriMega, by the way, calls this initiative the Dealer-Supplier Collaborative (DSC) and over 40 large dealers will participate, assuming the effort gains the tractions we are looking for. I am involved in the programme’s design."

Volume
Kreidel is frank about the effect the departure of those larger dealers had on the organisation. He explains: "We’ve said that we lost about 10 per cent of our volume. That hurts any business. Yes, we have made appropriate cuts as any good business does when volume is lost. Running a lean and very flat organisational chart is what we are doing. We are actually now seeing strong signs of increased demand through is.group in RDC and non-RDC purchases."

Clearly, the departure of the group of large dealers has left scars, but Guernsey is adamant that he did not mobilise dealers to follow him out of is.group to TriMega.

He explains: "The concerns of the Guernsey organisation were shared by these dealers. All of them are of the larger variety and are based in an urban setting. Four dealers were former board members, two were is.group chairmen. This action was not considered lightly." Guernsey says he was characterised as the "catalyst" for the group of dealers leaving is.group but adds, "I would tell you this was much more of a fundamental business issue than the leadership of a single individual."

So how are relationships between is.group and TriMega following the departure of those dealers? "Declining, unfortunately," says Kreidel. "And that is too bad. In many ways we’ve tried to work with TriMega to work closer together. An example would be an offer by our board to create a shared services model for RDCs and procurement. It’s tough going. I’m hopeful that both the is.group and TriMega boards realise that they have a responsibility to look at ways to help the dealer compete.

"The bottom line is that the big boxes are gaining on us and we need to better figure out how we can jointly work together or we will both lose and companies like Staples will win."
Playing down the friction between the two groups, Guernsey adds: "I hope my departure was viewed in the context of the business reason that served as the impetus. While there may be some differing opinions on priorities, governance and strategy – differences which I believe reflect healthy debate for dealer groups – I would not characterise the current climate as having friction." TriMega and its president Charlie Cleary respectfully declined to answer a set of questions for this article after reviewing them.

Looking forward, Guernsey says that he also hopes that is.group and TriMega can work together on their common foe in the future. He explains: "The two groups are pursuing somewhat different paths. This is by design and due to the priorities each feels is in the best interest of its dealer community. That said, they have veered to widely parochial paths which I do believe will, and need to, find future intersection. There is common ground and we must embrace this in the same fashion as we cooperated through BPGI."

Kreidel believes the current is.group model will continue to attract members as they pick up good word-of-mouth. He explains: "As more and more dealers share their success with our model with non-members, other dealers are going to see the value too. It will be slow but steady."

Manufacturers are also hearing a positive buzz for the initiative. Bill Cardone, from Mead Consumer and Office Products, says after some inevitable early trepidation there "seems to be a ‘groundswell’ of support" for the distribution initiative. He added: "MeadWestvaco has benefited with additional products (including new products) being placed in the RDCs. We have seen growth in both our Mead branded business and in our Columbian envelope business. The shipping to three RDCs versus 400 dealer locations has also allowed for some savings from a distribution standpoint."

Benefits
is.group remains firmly committed to its initiative and sees it as the shining path to a brighter tomorrow for dealers. Kreidel explains: "We think the old-fashioned low-value plain vanilla buying group model is not viable in the future, based on our research. Therefore, I don’t see us going backwards. We believe we must have viable distribution for the dealer to be in control of his or her own future."

Another manufacturer adds: "We want to assist in doing all that we can to make the independent dealers successful. If is.group believes this is what it is going to take for them to compete against the power channel, then we will do what we can to assist them."

OPI was also able to speak to a number of dealers that are benefiting form the initiative. Jordan Kudler from Crest Office Products describes it as "one of the boldest and most revolutionary programmes that I have seen made available to the independent dealer channel for quite some time".

Betty Foister at A&W Office Supply & Design adds: "We have switched many of our high moving IT products to the RDC and have improved our gross margin on those items between 3-6 per cent. That is huge in a segment that is hard to be profitable in."

The message seems to be that dealers have to be prepared for a fight with the big box players and to be proactive rather than reactive. All of which is much easier if harmony can be found within the heart of the dealer community.

Adding candidly, Kreidel reiterates the need for unity and focus. He says: "Starting new groups or splintering is not going to help. Dealers tend to wait until they are backed into a corner to act. We don’t have the luxury of that time. Fact is we are losing market share. Having said that, I believe in the very nature of the entrepreneurial spirit. So, I think independents can beat the big boxes. The big boxes can’t emulate what our dealers do day in and day out. Buy business away from dealers? You bet. Keeping it in the middle market may prove difficult." 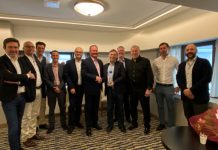 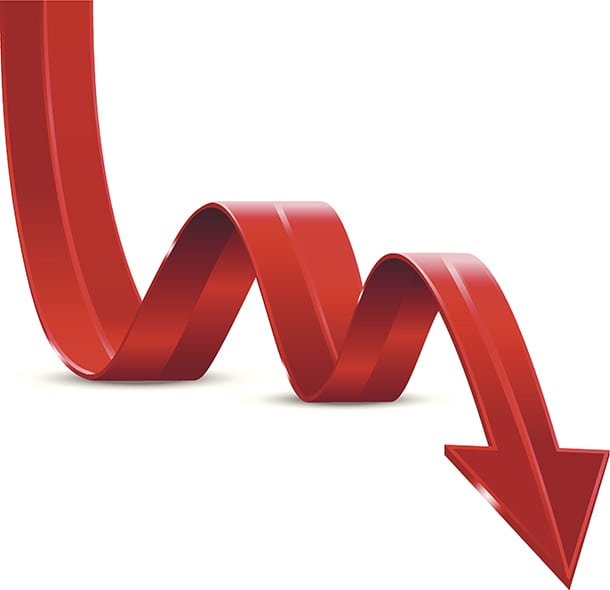