Purdin, who has been COO of the company since 2003, will succeed Bill Denton, who resigned as president and CEO on 1 October.

Purdin served as acting president in the interim period.

Denton will work for the board of Fiskars Brands on an advisory basis until his scheduled retirement in 1 January 2007. 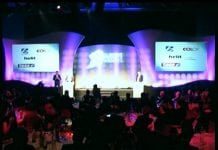