The mill, which is expected to create up to 1,500 permanent jobs and add A$600 million a year to gross state product, has been described by premier Paul Lennon as "an economic injection at a level Tasmania has never before experienced".

But the state’s green leader Peg Putt has warned that the mill, which is expected to have an initial output of 800,000 tonnes a year, would bring insurmountable air pollution problems and could wipe out the wedge-tailed eagle in the forests of Tasmania’s north-east. 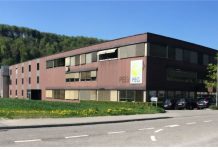