On 11 July, when Hewlett-Packard (HP) announced its new scalable printing technology (SPT), it claimed the "market changing" system would "catapult its leadership in the printer market years ahead of its competitors".
The high-performance printers feature separated printheads and ink tanks, a significant step away from HP’s typically integrated cartridges. At the core of the technology is a new type of inkjet printhead that uses a higher number of precisely-aligned, ink-delivering nozzles – 3,900 or more – offering better printing quality, and a faster and cheaper printing process.
But while SPT opens doors for HP, it also opens a huge third-party supplies market.
Jamie Gryce, HP’s sales and marketing manager of supplies for UK and Ireland, told OPI that HP has in no way done anything to inhibit copying or filing cartridges. "In fact we have gone the other way," he says "such as using a smart chip in the cartridges instead of a killer chip, which does not prevent people refilling it. It is not our place to stop the aftermarket."
The industry believes that although HP cannot prevent the aftermarket, it will protect itself as best it can. "HP is always very active in applying patents for its new innovations, we have not seen any change in its practice," says Phil Leckinger of Sourcing Partner.
Greg Welchans of Supplies Network adds: "HP’s philosophy is different to other OEMs in that it has not taken a litigious position against those that make compatibles. HP has learnt that its velocity in changing technology has minimised the success of the remanufacturer in the last several years… However I also think it will do everything that the law allows to protect it from aftermarket competition."
Welchans believes that the low prices of SPT cartridges could make it tough for third-party players. "It will be a challenge for the aftermarket to recover the empties or mould new cartridges, fill them, replace or add chips, and package and distribute them profitably. And we haven’t even considered any technical or IP issues."
Jim Forrest, managing editor of Lyra Research, believes that HP could have done more to protect its product, but didn’t, not only because of legal reasons, but also to invoke some positive PR. "HP hasn’t used a killer chip in its tanks, so the user can refill it with third-party ink. Nor has it used an encrypted code on the chip, which would make it harder for others to replicate. And because the ink tank is separated in SPT, it has made it easier for the aftermarket to reengineer ink tanks."

Risk
However, Forrest believes that HP has protected itself in other ways. For example, it has told customers that they use third-party ink at their own risk. "If the nozzles are clogged or burnt out, and if the reason for this is third-party ink, then HP won’t honour the warranty," claims Forrest. In addition, the printhead is designed to last the life of the printer in the Officejet Pro K550, so there seems little opportunity for third-party manufacturers. In any case, the printhead is governed by strict intellectual property, he says.
Welchans agrees that how the printhead is manufactured is key to aftermarket success. "In the past, the printhead has been designed to work very well even after multiple cycles. If HP has designed the printhead to ‘self-destruct’ so to speak after one lifecycle, then this could very well deter the aftermarket."
But HP’s Gryce says that because the printhead is on the cartridge itself, the user can replace it if need be, either with an HP cartridge or a compatible cartridge from a third-party manufacturer, which he believes will be on the market "in due course". But once again, HP warns that quality could be compromised with a remanufactured cartridge. "For the purpose of design, the cartridge is to be used once and once alone and you will lose quality if re-used," says Gryce. "It’s up to the user to decide whether they are happy with that quality."
So how long will it take third-party manufacturers to get SPT-compatible supplies into the market? "As far as timing is concerned, that goes to the question of patents, ink and cartridge technology," says Leckinger.
Richard Keller, manager of technical engineering at Peach adds that because HP has separated the printhead from the ink tank, it should not take the aftermarket long.
But Welchans believes aftermarket may take longer than normal to arrive in the case of SPT. "Typically aftermarket supplies arrive six months after an OEM hits the market. I would say that SPT will lengthen that time. The time to market will be based upon availability of cores to manufacture from…so the more success HP has in number of printers sold, the more likely and sooner we will see aftermarket supplies."
HP’s Gryce says he has no idea how long it will take. "This depends on the quality of the aftermarket and the quality of the technology out there," he says. "It’s very competitive in the retail stores. We have strong expectations of the K550. And if sales are high, supplies will also go well." 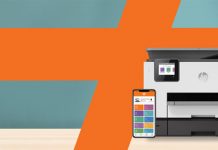 Another strong quarter from HP