After the Labour party winning an historic third term, the UK office products community tells Prime Minister Tony Blair to cut the red tape and let it get on with what it does best

The UK General Election result came as little surprise, probably even to beaten leader of the opposition Michael Howard, and to many it was the perfect result.

The prospect of a Conservative victory was ultimately even less palatable than a Labour win, but the UK electorate wanted to send out a message and give Tony Blair a bloody nose. And that’s exactly what they did.

From a landslide majority of 167 seats in 2001 that for many led to four years of dictatorial and arrogant government, comes a vastly reduced majority of just 67, and what is hoped will be a more consensual, almost humble style of leadership.

Overall in the past eight years, it is probably fair to say that the Labour government has been good for the British economy. Inflation is under control, interest rates are a fraction of what they used to be, and unemployment has also been coming down.

But even so, the UK business community believes the government can do much more to aid industry. CBI director-general Sir Digby Jones said recently that if government really wanted to improve productivity, it should improve transport and planning systems, reduce regulation and ensure that the job market remained flexible. Asked if he believed the government had delivered on these issues over the last eight years, he replied: "Put it this way, we’re still waiting."

Jones believes that the manufacturers’ plight needs to be addressed urgently, sentiments that BOSS Federation CEO Keith Davies echoes entirely. He says: "The UK government, unlike other European and certainly the US government, does not seem keen to support our dwindling manufacturing community in its drive to gain new markets abroad.

"2006 will be the last year that BOSS will beÂ able to assist BritishÂ manufacturers wishing to exhibit at Paperworld due to withdrawal of funding by UKTI for this and other ventures. This compares poorly with our counterpart organisation in the USA which enjoys funding for several export projects annually that directly benefit US manufacturers."

UK business wants the government to concentrate on what’s important. But early signs have already been a little worrying, if not downright shambolic. Within just 48 hours of winning the General Election, it had earned the wrath of the business community with its decision to "re-focus" the Department of Trade and Industry (DTI) as a new Department for Productivity, Energy and Industry (DPEI).

Jones dismissed it as "smacking of old-fashioned corporatism, of 1960s trade unionism". He said that the government, even after eight years in power, still needed to win the trust of businesses.

The rebranding of the DTI was clearly ill-conceived and, according to critics, was just another example of comic mismanagement. Within a week, it had taken heed of all the criticism and performed a dramatic turnaround. Gone was the new DPEI logo from the website, replaced with the former DTI. The branding turned out to be nothing short of a disaster and even new department boss Alan Johnson admitted that DPEI had prompted "various descriptions…penis and dippy"!

In its third term, the government clearly has its work cut out to reassure the business community. Ray Peck, CEO of publicly-listed Office2Office, believes business should be left to run itself without having to worry about becoming bogged down by government interference. He says: "I believe a key issue for all of us is avoiding too much red tape and legislation which restricts our ability to run our businesses in a competitive environment.Â

"We’ve generally had a better environment than most of Europe for the past 20 years or so, and now the government needs to stand against a potential wave of social legislation and increasing taxes which could damage the UK’s dynamism."

Red tape is a recurring theme. Davies adds: "I think small businesses, typified by the majority of BOSS dealer members, want to see a lessening of perceived red tape and the time it takes to comply with it.

"Although an SME is defined as having less than 250 staff, most dealers have less than 10 per cent of this figure employed, so resources expended on keeping on the right side of changing legislation tend to be disproportionately spent rather than being focused on the trading side of the business."

How government aids the small business community is seen as vital to the OP sector, and some say the next five years are going to be very tough for SMEs, if Blair’s government decides to keep increasing National Insurance contributions, the minimum wage and fuel duty. Red tape and extended maternity rights are also making it harder for businesses to be flexible and respond to market demand.

George Karibian, managing director of Croydon-based dealer Euroffice is keen for the government to keep the interests of small businesses in mind. He says: "SMEs are Euroffice’s bread and butter customers.Â In the UK,Â 3.75 million SMEsÂ represent a vibrant part of the economy by employing 55 per cent of the workforce and generating 51 per cent of turnover.

"SMEs also happen to beÂ the most vulnerable sector of the business economy.Â The averageÂ life expectancy ofÂ anÂ SME in the UK is only eight years.Â Often they go out of business not for lack of profitability, but lack of cash.Â

"Any majorÂ shocks (housing bubble, credit bubble, 9/11 etc) to the economy, and SMEs are likely to be the most susceptible. We therefore look to the Labour government and the Bank of England to continue managing the UK economy prudently, and in particularÂ protecting – as best it can – the SMEÂ element of it.Â After all, it is in everyone’s business interest, including the government’s."

Another way the government can help business, says Davies, is to address fuel duty issues. He says: "Transport costs for all businesses are higher than in the rest of Europe because of the government’s fuel taxation policies. This, combined with jammed roads because of inadequate public transport provision, makes the cost of delivering goods here much higher than in other European countries."

There are also issues that need tackling on the High Street, with sales hitting a downturn so far this year, as the public has become more cautious with its spending.

Dr Kevin Hawkins, director general of the British Retail Consortium, is even calling for a cut in interest rates to stimulate growth on the High Street, although he doubts even this will be enough. A prognosis which Dixons CEO John Clare agrees with. Days after the General Election, Dixons’ trading update reflected the current malaise after sales of its UK businesses went into reverse.

"We are cautious about the prospects for our markets over the next 12 months," he says. "Price deflation continues to be a factor which, combined with cost inflation and a cautious UK consumer, means that the environment will be very challenging."

Meanwhile, vanquished Conservative party leader Howard wasted little time in announcing his resignation after the General Election. Dixons president and major Tory benefactor Sir Stanley Kalms believes he should go sooner rather than later. He clearly has little time for lame ducks, and while people in some quarters have rather unfairly been calling Blair a lame duck premier, the tag would appear to sit more aptly on Howard.

"There is nothing worse than a lame duck leader," he says. "Once you’re gone, you’re gone, and the quicker you go, the better." Kalms was altogether unhappy with the Tory election campaign, adding: "We didn’t talk about hope, aspiration, job creation. We covered a whole lot of ground which made people’s eyes glaze over.”

It would appear that ultimately Blair won because when push came to shove, the electorate trusted him with the economy more than the Conservatives. Now he has to deliver with the UK OP industry watching anxiously. 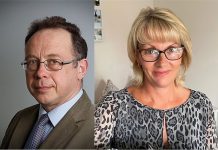