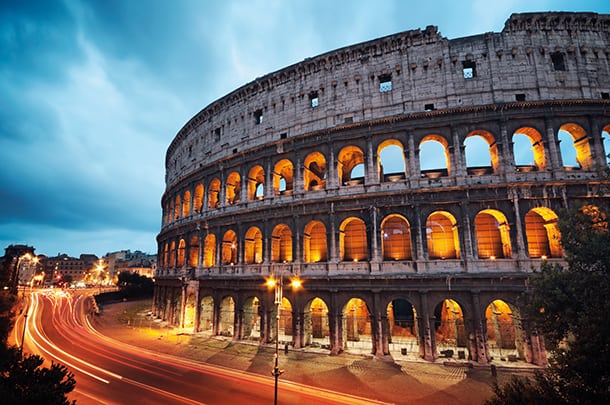 At the end of April, about 110 partners from Pilot Corporation across the globe — predominantly Europe — got together in Rome, Italy, for a few days of strategic meetings, networking and — on the occasion of its anniversary — some serious celebrations.

OPI spoke to three members of the team in France, where Pilot Europe is headquartered, to find out more about its anniversary marketing campaign, its strategic plans going forward, and the challenges the changing market in Europe presents.

OPI: Please tell me about your recent event in Rome. What’s the idea behind this annual get-together?

Paul Phelan: The event originally started back in 1979 with just a few countries being involved in a number of meetings. Now this annual event is very much a launchpad for Pilot in Europe to present new strategies and products. We have a three-year plan and the core component of the conference part of the event is to review our achievements and challenges in the plan period, and make sure we’re on track with the remainder of that plan.

This year in Rome, we had two delegates from each of our 35 partner countries in Europe, plus many other attendees from our affiliates in Russia, Turkey, northern Africa and Israel, Australia, New Zealand and South Africa. And, of course, we always have a considerable contingent from Japan attending.

OPI: Was this year’s event mostly about your 100th anniversary and the initiatives that are in progress?

PP: Not really. We’re currently in year three of our existing plan, so there was a lot of focus on the next one. It was last year’s meeting where we had a big emphasis on the upcoming anniversary in terms of marketing initiatives planned, etc. In that sense, Rome almost served as a review platform for these initiatives.

In addition to the serious side of things, we’re also always trying to strike a good balance between the business and the social element of the event. This year, Mika, the personality we chose as our celebrity endorsement for our anniversary campaign, was there, making for a very showbiz atmosphere and providing plenty of entertainment.

Ken Schoellhammer: The Rome meeting also offered a great opportunity for us all jointly to look at the next 100 years, well beyond our three-year plan. We have created some very high standards for ourselves and for the writing instruments industry as a whole, and we have to make sure — and this was a main talking point — that we can maintain those high levels for the next century. We want to still be around and lead the market in another 100 years.

OPI: Talking about a review of your campaign this year, what has the feedback been? Mika designed a limited edition of your pens I believe?

PP: Yes, we took some of our very traditional products such as the G2 and the V5, together with the more modern FriXion Ball and Clicker, and had them redesigned by Mika.

How successful has it been? We measure this on three levels. Sales to our subsidiaries and distribution partners in the various countries is the first phase and that’s gone very well, particularly in countries where Mika is very well known. So we’re ahead of expectations with that.

The second phase is our partner sales to the reseller community — Lyreco, Auchan, Bureau Vallée, Staples, Ryman, Tesco and El Corte InglÃ¨s to name just a few. This only started in the first quarter of this year, but the main part will actually be over the back-to-school (BTS) period. The final phase — and probably the most important measure of success — will be trade sales to the end consumer. We won’t have those figures until this autumn and the proper analysis later still.

KS: In Pilot’s home country of Japan celebrity endorsement is very customary, but we haven’t done this in Europe before and it’s been a big learning curve for us. But we wanted to do something special for the anniversary and I believe we achieved that.

The actual results will take a while to come through, but in terms of brand awareness we’ve certainly raised our profile. Like Paul said, the ultimate judge is the end consumer, but of course the more immediate reaction comes from our reseller partners. We have had a fantastic amount of exposure during the first quarter of 2018 because a lot of resellers believed in our project and in the power of this campaign. This is only going to increase during the all-important BTS period.

OPI: In the core OP category overall, there seems to be some doom and gloom. What’s your view?

PP: I know there’s decline in certain categories, but we don’t see that. 2017, for example, was the best year ever for Pilot globally. In Europe specifically, sales are increasing in terms of volume as well as value.

Judging by data we get back from the likes of Carrefour and Auchan, we’re performing better than some of our competitors though.

If any sub-segment of writing instruments is down, it’s own label products — consumers are no longer buying the big value packs but are looking for quality, and are happy to pay a premium for it.

OPI: On that quality note, I’m going to hand over to Patrick to talk about the entire supply chain. What’s important for you in that area?

Patrick Forveille: With our Japanese background in mind, we have a real culture of excellence and progress in the organisation. The functionality of our plant and warehouse, for example, reflects this philosophy perfectly. Over the past ten years, Pilot Europe has invested hugely in a wide range of tools to be able to meet our customers’ needs.

There are three pillars that drive our investments: supply chain efficiency, productivity and data analysis. Pilot has a very stern view on and commitment to product quality: there is zero room for mistakes.

What is also really important to us is the well-being and continuous training of our teams.

OPI: What have been the main discussion points in Rome from a supply chain perspective?

PF: E-commerce was a big topic. How do we provide the best packaging solution to our distributors to deliver to online players; how can we meet their strict specifications without generating too much cost, etc? Packaging, which is a big part of what we do at our facility in France, is very different depending on the channel you serve. And in the online world it’s particularly challenging compared to the mass market or small retailers, because it’s just a commodity — convenience for the e-tailer is the most important criteria in terms of packaging.

Another big discussion point in Rome was forecasting order volumes.

OPI: What do you mean by that?

PF: We have to order the products we need in September, so they are available for our customers the following July. That’s not just the pens, but all the packaging too — more than 25 million blisters, flowpacks, wallets and displays. We do all of this in-house to make sure that we are completely in tune with our ‘excellence’ brand image. The challenge is to separate what is permanent activity from promotional peaks — like our anniversary initiatives this year, for example.

We have invested in a variety of forecasting software (AZAP) to order accurately and we are currently implementing a manufacturing execution system (CIMAG) to monitor production. We have also invested in robots for blistering activities, in new picking systems that have brought dramatic improvements in productivity and in transportation management systems (Microtrans) to optimise deliveries.

OPI: Out of all the products you sell in Europe, how many are actually manufactured at your European headquarters in France?

PF: In terms of pens, a significant part of our range comes from Japan. Our factory in France is mainly dedicated to two categories of pens. It means excellent communication with our European partners is absolutely mandatory. 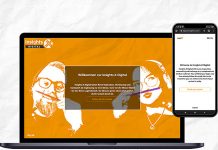