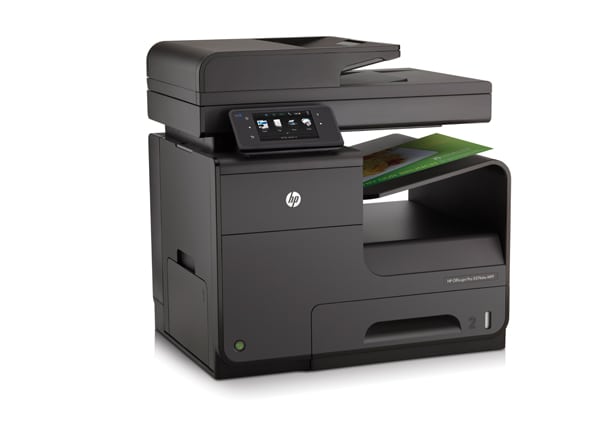 It’s purely coincidental that imaging supplies is one of OPI’s featured product categories in the month that HP has launched its new authorised partner programme in the US (see pages 28-31), a move that Monte White, VP of Product Marketing at distributor Supplies Network, has called “the single biggest manufacturer change in a long time” in the print consumables channel.

While we’ll have to wait to see how the new HP strategy pans out, the fact that the number one global print brand is taking this step is probably an indication of the economic and secular pressures facing the print hardware and supplies vendors.

“When the market is booming you can overlook a lot of things,” White told OPI. “When it’s not, you have to take a more aggressive approach and we’re seeing that across the board, not just with HP.”

That said, there is still a degree of optimism within the print industry, especially in terms of the opportunities for inkjet with business customers. Inkjet has been regarded as an inferior product by corporate users for many years now, but perceptions are changing as new technology such as wide-array printing helps drive down the cost per page.

Latest figures from HP put the overall hardware and supplies market as remaining flat for the next three years at $180 billion. However, within that, the OEM is forecasting that the business ink market will grow by 9% to $10 billion.

HP is banking on part of that growth to come from its Officejet Pro X series of devices, which are aimed at taking share from office laser machines. Brother is also raising eyebrows with its new 100-page-per-minute stationary print-head device.

Whether inkjet products such as these prove popular with resellers remains to be seen. There is certainly an undercurrent of doubt – even resistance – from the reseller community over the profitability to be gained from lower-cost inkjet products that require less servicing. Obviously, demand will also be consumer-driven – and research shows that corporate users are impressed with new inkjet products – but the rise of office inkjet could have consequences for OEM/VAR relationships.

Another interesting move from HP has been the development of closer ties with the aftermarket community to ensure compliant chips for HP-compatible cartridges. While this does not suggest that HP or the other OEMs are going to be any less aggressive in pursuing patent infringements – in fact, the opposite appears to be true at the moment – it could herald the start of a more positive relationship between OEMs and aftermarket vendors.

While figures suggest slight market share gains for compatible products in the past 12 months, Sophie Lansac, Marketing Director at leading European vendor Armor, believes that laser clones have had a damaging effect on non-OEM sales. Lansac pointed to pricing differences and quality issues that have caused confusion in the market, probably to the benefit of the OEMs.

“The situation is similar to 2007 when the inkjet market was flooded with low-cost Asian products,” she told OPI, adding that suppliers such as Armor were moving towards more value-added solutions.

Lansac also highlighted the continuing growth of managed print service (MPS), estimating that more than half of corporate accounts now had some form of MPS programme. Not that MPS is necessarily a negative driver for aftermarket resellers. In fact, it could be viewed as an opportunity.

“Aftermarket quality has improved greatly over the past ten years and consumers are more accepting of those products,” said Supplies Network’s Monte White. “When a reseller sells an MPS solution, the customer is often less concerned about what brand of product is in the box as long as it works and it’s covered by a service contract. Resellers are making a choice about what products go in the box and end-users are following them in that direction.”

One issue that the print industry is trying to put its arms around is how to simplify the printing experience from mobile devices, such as tablets and smartphones. This is important because the phenomenon of bring your own device (BYOD), where employees use their own smartphones or tablets at work, is growing fast – IDC research has indicated that BYOD will jump to 56% of the workforce over the next three years, up from 40% today.

Until now, trying to print from a smartphone has been a bit of a frustrating experience, but four OEMs – Canon, HP, Samsung and Xerox – have joined forces to create an alliance aimed at standardising and simplifying printing from mobile devices.
The Mobile Print Alliance (Mopria) aims to bring together the mobile, software and print industries with the goal of aligning to standards that make printing universally compatible from any mobile device to any printer, anywhere.

Writing on a company blog, Karl Dueland, VP of Xerox’s Solutions Delivery Unit, gave a straightforward explanation of how the alliance will help end-users. “If a printer has a Mopria sticker on it, anyone with a smartphone and an internet connection can walk up and print to it – without downloading an app or driver. It’s really that easy.”

It’s not yet clear why other OEMs such as Brother or Epson are not part of Mopria. That could be due to strategic direction, competition issues or even oversight, but manufacturers are keen to tap into what is seen as a real demand for hassle-free mobile printing.

IDC research suggests that today almost a quarter of smartphone users and a third of tablet users want to be able to print from their devices, and that figure is set to rise to 50% and 58% respectively by 2015.

Commenting on the launch of Mopria, InfoTrends’ Zac Butcher wrote: “Whilst I am extremely positive about this development, I don’t believe the introduction of more intuitive print support on mobile devices is going to arrest the declines we are seeing in pages printed. In many instances the technology that enables digital workflows ultimately results in a better workflow. Any pages lost to better ways of working will be at risk regardless of whether printing from a mobile device is straightforward or not.”

However, he still sees mobile printing as an opportunity.

“Where this initiative may benefit the document imaging industry is in securing the more resilient print opportunities – the pages that will not be so easily converted to a digital workflow,” he continued. “If people are able to continue current ways of working (printing) with tablets and smartphones, then logically there should be an increased probability that they will do so. If people can’t print, believe they can’t print or think it is too much effort to print, then they won’t print.
They then seek out a new way to work with the new behaviour becoming reinforced over time. In this context, the launch of the Mopria Alliance is both timely and of critical importance.”

Supplies Network’s Monte White believes the lack of mobile print solutions has been one of the dynamics that has caused softness in the demand for consumables.

“We absolutely see a gap with those that are using mobile devices to be able to access print fleets and print on those devices,” he told OPI.

While he recognises that areas such as cloud computing and mobile devices inherently reduce the need to print, White also points these forces being offset to some extent by the sheer increase in available content.

“There’s not a decline in the amount of content being consumed by users – in fact, it’s growing,” he said. “Some of it is generational – younger people are used to consuming data on a screen – but some of it’s more about print access. Often print environments are not as accessible to mobile devices where people would prefer to print but they can’t. That’s why a lot of the manufacturers that we do business with, while they are not bullish, they are certainly not pessimistic.” 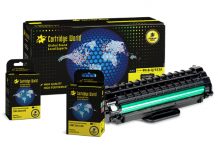 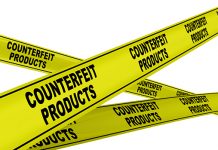 HP reports on seizures and delistings