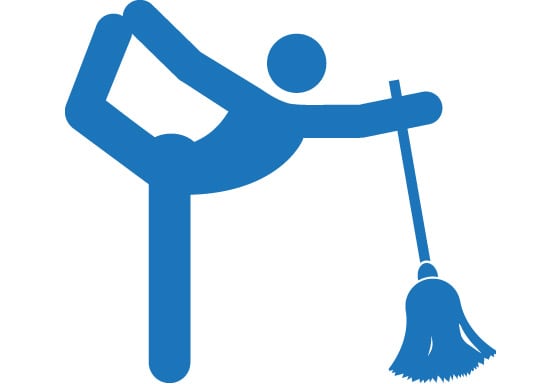 Dark clouds have been looming on the horizon for some time for the hundreds of small businesses that supply jan/san products and services to the US federal government. Like their cousins in the office supplies category, they have had to face up to the realities of the General Service Administration’s (GSA) Federal Strategic Sourcing Initiative (FSSI – pronounced colloquially as ‘fizzy’) which is aimed at consolidating federal purchasing contracts.

The Obama Administration is fast-tracking FSSI as part of its goal of reducing federal procurement spending by $40 billion a year; office supplies have been in the vanguard with a second generation contract (OS2) introduced in 2010 and a new OS3 contract having just been awarded, but GSA is now expanding FSSI into categories including jan/san, MRO and office furniture.

While GSA touts impressive numbers in terms of savings achieved through FSSI and the amount of spend that is channelled through small businesses, the programme has come in for widespread criticism from a variety of industry groups for greatly reducing the number of small business contractors that can work with federal agencies, thereby reducing competition and threatening jobs.

After a protracted bidding process, GSA finally announced the awardees of the first FSSI jan/san contract towards the end of July, with 18 firms being awarded a total of 35 blanket purchase agreements (BPAs) in four product categories (see table on page 28). Annual spend on the contract has been estimated at almost $600 million and GSA says annual savings through the FSSI model will be in the region of 14%.

Jan/san trade association ISSA has certainly been alert to the detrimental impact that FSSI could have on its membership and has been working hard to both try and forge a legislative ‘remedy’ to FSSI and educate members on the implications of FSSI.

ISSA Executive Director John Garfinkel comments: “My feeling is that, as a general business practice, it’s important in a profitable enterprise to consolidate your purchases and standardise them. For the federal government to get involved in that, they’re being a little bit contradictory to their own speech about creating competition. While the government preaches on the one side favouring small and minority businesses and new business start-ups, the reality is they’re going to put thousands of small firms out of business.”

One person who is very familiar with the ins and outs of FSSI is ISSA Director of Legislative Affairs Bill Balek. While he admits that the award of the jan/san BPAs was “a setback for federal jan/san contractors”, he says the association continues to pursue a number of administrative and legislative avenues designed “to maximise federal business opportunities for small businesses while providing the desired cost reductions associated with federal procurement”.

These avenues include the efforts of the Coalition for Common Sense Contracting – of which ISSA and OP/office furniture association IOPFDA are founding members – to, among other things, support an amendment to the National Defense Authorization Act and work with the congressional representatives to require GSA to assess the economic impact on small businesses of its consolidation of contracts, as stipulated in the Small Business Jobs Act of 2010. ISSA is also working with an organisation called the MPU Network to provide its members with an alternative pathway to doing business with the federal government.

While jan/san distributors are still getting to grips with FSSI, some traditional office products resellers have taken advantage of their strategic sourcing head start and experience to win FSSI jan/san BPAs. This not only demonstrates the continued expansion of OP resellers into adjacent categories, but also underlines the value of the sector’s traditionally high service levels.

Dealer group Independent Stationers (IS) has a well-established public sector programme and has enjoyed success with its consortium model in the federal space. Speaking to OPI about the award of a jan/san BPA, the group’s EVP Charles Forman notes: “We believe our model is an ideal solution for GSA in terms of their wanting to administer and manage fewer contracts and still support small business because we assist them in doing both. We have built a good relationship with GSA, but in order to win these awards you have to be competitive from a pricing standpoint in addition to being technically capable.”

IS is now busy certifying its members that wish to take part in the jan/san BPA to ensure that they comply with the contract’s specific terms and conditions. Another ‘group’ that may be able to participate is AOPD. Its member The Supply Room was a jan/san BPA awardee and the dealer’s EVP Addison Jones says there is a “strong possibility” that other AOPD members will be able to ‘piggyback’ on to the contract.

The consortium approach taken by IS is also something favoured by trade association NOPA as it tries to get GSA to open up FSSI to more small businesses. “We are very pleased several office supply-focused members received jan/san bids, but with three out of over 500 [federal-qualified] vendors in just our category and over 1,000 in the jan/san-specific category, that means a lot of others were left out,” says NOPA spokesperson Paul Miller.

He adds: “NOPA continues to push for a more balanced solution that helps GSA achieve its [small business] goal while allowing for more opportunities and competition from the entire industry, either through more contracts or wider use of the consortium model.”

While NOPA’s focus has been on the federal office supplies contract, the issues that it has with FSSI stretch across multiple industries. In July, Miller and an ISSA representative took part in a House Small Business Committee roundtable focused on FSSI during which they were able to voice their concerns to GSA and members of Congress. Miller diplomatically applauded GSA’s efforts to drive FSSI spend to small business contractors, but he contended that by making so few awards GSA was actually harming the small business community as a whole and urged the agency to conduct full FSSI impact studies.

How successful these pleas will be remains to be seen. The award of the latest OS3 federal office supplies contract was delayed because a number of small businesses protested that GSA was flaunting existing legislation by failing to carry out a proper impact analysis as stipulated in the Small Business Act.

However, these protests were dismissed by federal watchdog the Government Accountability Office (GAO), which determined that GSA had carried out the required analysis. That decision went against an April 2014 ruling by the Small Business Administration which is now at loggerheads with GAO/GSA. How all that plays out will determine the future direction of FSSI, but nothing has stopped the GSA juggernaut so far.

Counting the cost of FSSI

There have been calls for GSA to conduct a full cost-benefit analysis (CBA) of its strategic sourcing initiative, cost including the economic and social cost of job losses incurred by small businesses shut out of FSSI, and benefit relating to the procurement savings claimed by GSA. While the agency has been quick to underline the benefit aspect, it has so far resisted commissioning a full CBA.

One organisation that could hold the key to any eventual CBA is Bornstein & Song, a New Jersey-based accounting and consultancy firm which has been studying the impact on small businesses of FSSI since the initiative was introduced into the office supplies category in 2010. Professor Sam Bornstein is a partner in the firm and a professor of accounting and taxation at Kean University’s School of Business in Union (NJ). He is keeping actual data close to his chest, but spoke to OPI about the need for a CBA.

OPI: Can you provide any details of what your CBA research threw up in terms of the impact of FSSI on small businesses?

Sam Bornstein: Bornstein & Song has focused its FSSI research on the holistic impact of federal strategic sourcing on small business, job loss and the US economy. The challenge is to quantify and place a dollar amount on the economic and social cost of job loss and we have devoted years of research to this while GSA could not or would not do so.

With regards to the impact of the FSSI on GSA Schedule 75 office supplies contractors, the key factor is how many jobs were lost. Fortunately, Bornstein & Song was able to capture this data – which is now no longer available as most of these contractors are no longer in business.

OPI: The recent Government Accountability Office’s (GAO) decision to reject OS3 complaints would suggest that GAO is satisfied with the steps GSA is taking.

SB: GAO may be satisfied with what GSA is saying, but the Small Business Administration (SBA) said otherwise in its letter to GAO dated 11 April 2014: “It is the position of SBA that a cost-benefit analysis needs to be performed. Cost must include the economic and social cost of job loss, not just to individual small business, but to the economy as a whole. SBA believes that this is a reasonable approach to assess negative impact of the consolidation.”

We were gratified to see that SBA has accepted the Bornstein & Song FSSI research findings by including this requirement in their letter to GAO regarding the OS3 protests. But the only stick that forces GSA to conduct a full CBA will come from Congress which is currently enamoured with the GSA claim of millions of dollars of FSSI savings.

OPI: Are you hopeful that changes to small business contracting legislation will result in GSA being required to conduct a full CBA?

SB: If it is passed, the Meng/Walberg amendment will be ineffective because it relies upon GAO preparing a “study” of the impact of FSSI on small business. The specifics of the study were not clearly defined nor was there any mention of the need for a CBA. It is also unlikely that either GSA or GAO has the necessary data to perform a CBA.

OPI: What do you make of the Coalition for Common Sense Contracting and how much influence will it be able to have?

SB: It appears that it will focus on lobbying while ignoring the need for data. Data will speak louder than words. Previous attempts to lobby Washington to stop FSSI were confronted with the question: “Do you have any data to prove that FSSI is bad for small business while GSA has claimed hundreds of millions of dollars of savings for the US taxpayer?” It is hard to win that argument unless you have data. 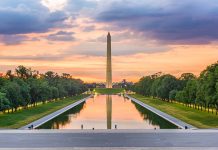 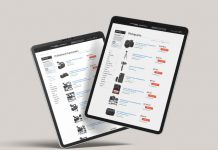 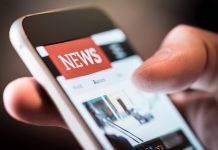