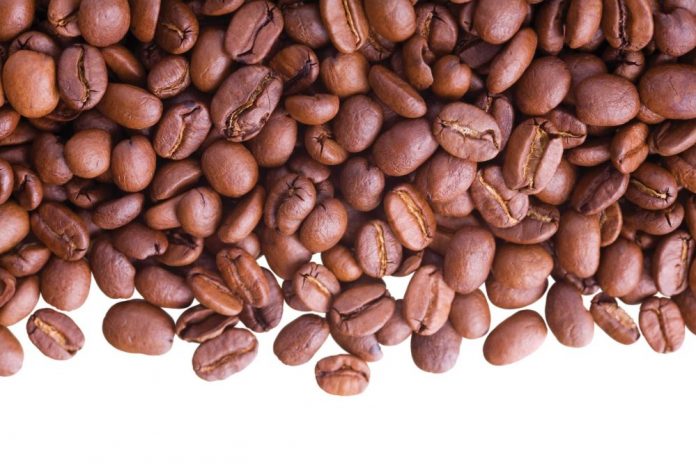 For some time now, coffee has been the driving force behind strong sales growth and healthy profit margins in the breakroom category. And with single-serve brewers like Keurig coming on board, this has only helped grow this part of the category and as a result drinking habits are changing – in the US at least.

A report last year by research company Mintel showed that coffee sales in the US reached $11.7 billion – an 11.4% increase from the previous year. Single-serve coffee sales form a significant part of that total with Mintel suggesting sales had grown 213% from 2011 to hit $3.1 billion in 2013.

And with the news that soft drinks giant Coca-Cola has bought a 10% stake in Keurig Green Mountain (formerly Green Mountain Coffee Roasters), many believe drinks in the office space is a well that has barely been tapped at all.

SP Richards VP Cleaning and Breakroom Supplies Chris Whiting told OPI how the company had experienced 20% growth in the category overall in 2011, 18% in 2012 and considerable growth in the first half of last year before it flattened out somewhat due to a large customer promotion that did not repeat.

He says: “Breakroom has been the fastest growing product class in our company over the last four years. It started from a small base so at the beginning it was easy numbers, but the last few years it has been a strong engine for double-digit growth.

“We see great opportunity to grow this and have been offering things like green tea, energy drinks and more health conscious drinks for a while, but coffee is still the biggest segment.”

The changing habits of coffee drinkers has also been an opportunity for growth as the ‘Starbucks generation’ demand better-quality coffee.

Whiting says the aim of companies is to keep their staff at work as much as possible and stop them popping down to the nearest coffee shop to pick up a round of drinks.

He says: “This means we are now selling much more premium coffee than we did five years ago.”

That’s not to say that breakroom is a ‘one-product wonder’. Far from it, in fact. Recent figures from research firm NPD show there has been substantial non-coffee growth too.

But with coffee the most desirable product, it is the easiest way for dealers to get into clients and then let them know about the range of other products on offer.

Hot drinks as the way in is something that has not gone unnoticed in the UK, with Unilever – owner of PG Tips – having recently commissioned a report into buying habits. According to the data, tea is the number one hot beverage in the UK with 25.9 billion units drunk a year. Coffee comes a distant second at almost half that level with 13.4 billion units.

However, when looking at the out-of-home market only, it makes for vastly different reading. For the full year 2012, tea accounted for 31.3% of the 3.26 billion servings.

Most would think that just below a third represents good sales – and it does – but that figure is far below numbers for coffee at 61.4%.

With the office a major part of the out-of-home market, it is no wonder Unilever is eager to increase its share and make it easier for British workers to have a good cup of tea at work.

Marley Coffee has also set its sights on the UK and is planning a greater push in the out-of-home market this year. UK Head of CSR Andy Gold told OPI that the company is keen to replicate here what has been happening in the US for some time.

He says: “The K-Cup has been a huge success in the US and delivers a great cup of coffee and there is no reason why that could not be giving lots and lots of pleasure to people over here.

“We think there is huge potential for people to enjoy fresh coffee in their office and we, in the UK, are getting more coffee-confident.

“It’s an area where we are focused on producing massive growth and we are going to be working with the right partners to make sure that happens. We are really excited about seeing it grow.”

He adds: “The coffee we drink in the UK is appalling. We are hugely passionate about people deserving better and are making a point of pushing that.”

The importance of coffee in the breakroom category is something that is not lost on UK wholesaler VOW either – which first offered the product back in 1999.

The company is reporting 30% growth within the category and although a lower margin area than some other categories, breakroom does act as a strong lead into sales across the FM area.

Hot drinks loom large in the offering, so much so that the wholesaler has worked incredibly hard on developing relationships with key suppliers such as Nestlé, Tetley, Mondelez and Unilever.

Head of Facilities Supplies Debbie Nice says: “This is a massive category. Over half of our daily hot drinks are consumed in the workplace, so we know that we are only scratching the surface with current sales. The supermarkets may try to get some more of the office market by offering more delivery solutions, but they are only likely to be interested in the larger office sites.”

Case of the jitters

But there’s work to be done to change the drinking habits of people in the UK as shown  by recent research by the International Coffee Organisation. It placed the UK below Germany, France, Italy, Spain, Japan, Belgium and the US as an importer of all forms of coffee.

There are also other risks associated with the drink. And these are far more volatile than anything associated with paper cups, plates or sweets. They became apparent in the second half of last year when the breakroom category experienced a slight flattening – thanks to deflation in the coffee market.

Whiting says: “Coffee is the second most volatile commodity next to oil, so we had a few years when pricing continued to escalate. In the wholesale business, as long as everyone is going up, that’s a good thing.

“But when prices come down and you are sitting on stock it gets ugly really quickly. So dealers should let their wholesalers worry about these cycles, and not expose themselves to the risk.”

This is not the only problem with coffee which, like other drinks or foods in the category, has a use-by date that has to be adhered to.

At the point of purchase from a manufacturer, coffee will have a freshness range of around nine months, but by the time it has been shipped from the manufacturer to the wholesaler and then again to the dealer, a good portion of that time will have been eaten up.

Whiting says: “Our industry is adjusting to the warehouse management nuisances of handling freshness-dated products. You really have to keep your eye on it, and using a wholesaler really makes sense in the snacks and beverage category.”

As someone who has to take use-by dates very seriously, Office Snax owner Bill Baker is of the opinion there is perhaps too much focus on coffee within the category and there can often be a somewhat lazy attitude to the breakroom.

Starting back in the early 2000s with just 12 items on offer, the company now has close to 100 products – 85% of which are under the Office Snax brand. Baker says: “The breakroom category is still low-hanging fruit and that does not drive people to innovate and move forward. There are still thousands and thousands of consumers who don’t realise they can get all these goods from an office products dealer. So there is still a huge awareness opportunity.”

Having grown every year since the business began – including 12.5% last year – Baker believes that the whole category in the US can grow “six or seven times the size of what it is now”, but it needs a slight shift in focus away from the precious coffee bean.

He explains: “If you go out and you want to talk only about coffee, you probably don’t have the most competitive price because Costco and Walmart will do better. So you need to go out there and talk about the category rather than just the item.”

Something to boast about

Indeed, many businesses now see their entire breakroom offering as something to boast about. United Stationers Director of Cateory Marketing Vince Phelan says: “It wasn’t that long ago that the minute times got tough, people cut the coffee services as a cost-saving measure.  And I think they’re recognising that some of those moves are a little short-sighted.

“Now you see companies like Google offering unbelievable amenities for their employees and obviously not everybody can afford to do that. However, we have definitely seen companies emphasise the breakroom amenities they’re offering. They view it as another way to differentiating themselves as an employer to keep their workforce satisfied.”

While the breakroom is not just coffee but snacks, plates, napkins, hand sanitisers and much more, the question to ask is whether or not dealers are taking advantage. So – to bean or not to bean?