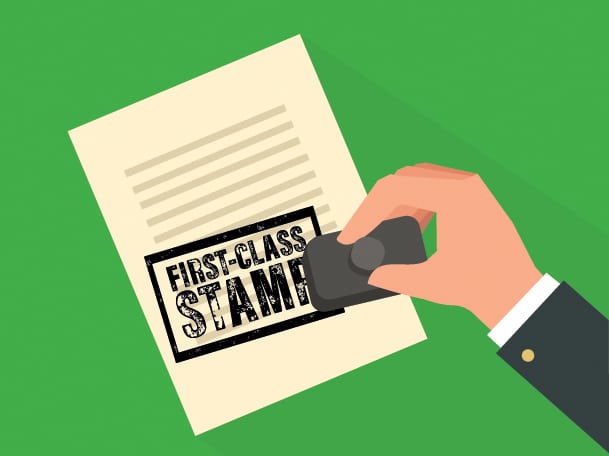 In 2016, OPI reported on a stamping category that had weathered tough market conditions, but which looked as though it had turned a corner, with brighter prospects ahead. One year on and those predictions appear to have been borne out with sector leaders reporting major plans to develop their international operations.

Austrian stamp specialist Colop has announced that international expansion is its priority for 2017. Two new offices have already been set up this year, with the goal of achieving a firm foothold in the Asian region – one in Guangzhou, China, the other in Mumbai, India.

“The economic upturn in these two countries has led us to take this important step,” says CEO Ernst Faber. “The Asian continent, with over four billion inhabitants, is becoming increasingly important to us. We launched a subsidiary – Colop India – in April 2017 to better service this enormous demographic which is generating considerable demand for quality European products.

“Meanwhile, our Guangzhou office opened in September. With the Chinese domestic economy currently in a state of upheaval, we believe now is the right time to distribute our products in this region.”

The company is also expanding in Europe. It already has a presence in Germany, the UK, Sweden, Spain, Romania, Bulgaria, Slovakia, the Czech Republic and, of course, Austria. However, in addition, it has recently acquired distribution partners in Poland and France and successfully integrated them into Colop. It’s further succeeded in growing sales in Russia despite extremely difficult economic conditions. This is a country where careful nurturing over many years is finally beginning to bear fruit.

And Head of International Sales and Marketing Franz Ratzenberger is bullish about the future: “There’s still a lot of potential for further expansion, particularly in France, and I’ve no doubt we’ll continue to be successful there.”

Faber also reiterates the importance of the Polish takeover: “It fits perfectly into our portfolio and we are convinced it will be seen as another positive step in the company’s history.”

Rival Austrian manufacturer Trodat is equally upbeat, with tales of similar success in Asia and elsewhere. “We’ve had two consecutive record years and it looks as though we are on target to achieve that again in 2017,” says Managing Director Roland Rier. “However, individual regions are developing very differently for us. In countries such as Italy, Mexico, China and India we are growing particularly well and far above the current trends. On the other hand, we mustn’t lose sight of the fact that some established markets such as the UK are struggling and we are seeing severe decreases in demand.”

Taiwan-based Shiny Stamp reports that growth in both mature and emerging economies is driving its sales across the sector, with the prospects for 2017 – its 60th anniversary year – looking better than ever.

“Over the past 12 months we’ve seen positive signs of recovery in many global regions,” says Deputy Executive Manager Jimmy Chen. “Trading conditions are much improved and this has led to considerable upwards momentum for the stamping industry.”

A common theme that emerged from the sector’s main protagonists was that, despite much-improved economic conditions in many regions, companies still see product development and technical innovation as essential for future success.

With this in mind Trodat has launched its new Professional 4.0 stamp. Billed as ‘Stronger. Cleaner. Faster’, it’s made of polished stainless steel to maximise stability and durability, while keeping size and weight to a minimum. The company claims its innovative finger protection ensures ink-free hands when replacing the cartridge. In addition, special grip zones on the feet make it easier to compress the stamp and an improved band drive offers faster and more precise date setting. Like its predecessor, it’s also climate neutral, having been manufactured using renewable energy sources and a high percentage of recycled material.

Andreas Poimer, Trodat’s Head of International Marketing and Product Management, explains the philosophy behind its continuing focus on R&D: “For success in a mature sector like ours product innovation is key. This means precisely understanding the needs of our target groups – both those of the end-user and all the distribution and manufacturing levels in between. Detailed market research and rigorous testing of prototypes are vital before we launch a new product. The development of the Professional 4.0 was based on customer insights that we gained from research in countries all over the world.”

On the topic of innovation, Colop has taken a technological leap and become the first manufacturer to bring 3D stamping to this sector. Using augmented reality and a mobile app for smartphone or tablet users, the traditional 2D stamp imprint now has an additional dimension. Says Ratzenberger: “We’re using a technology called Augmented Reality Stamp Imprint to add digital value to customers and bring stamps right up to date. Our popular motivational stamps used in school books are one of the first products to use this idea – a star, for example, jumps off the page, smiles and turns around, turning an exercise book into a full 3D experience and injecting more fun into school life for children.”

Other developments at Colop include the introduction of a new Green Line model, together with a special edition stamp aimed primarily at women. Both products have sought to keep the advantages of their predecessors, particularly their extremely low weight.

“The Green Line started in 2008 with the range being regularly extended,” says Ratzenberger. “The products are all made using 75% recycled materials, but the latest model – a heavy-duty stamp in classic black with a green cover – is made almost entirely of recycled plastic.

“In a separate development, because we know that more than half of all stamp users are actually women, we’ve focused the design of our special edition model on aspects that we hope will appeal to female users. Its new look – a white handle and base, with a turquoise cover – and the stamp’s light weight, improved ease of use and comfortable handle have all been well received by its target audience.”

At Trodat, Poimer is a little more guarded about future innovations the company has in store: “It’s obvious that digitisation has been harming the development of the traditional office stamp and we’ve now rearranged the structure of our organisation so that it’s better geared to an innovation-friendly philosophy. This has already led to the creation of a pipeline of projects that will see us moving away from the classic stamp and into different applications and fields to what you see today. However, at the moment I can’t reveal further details.”

It’s clear that more interesting new products are on the way and there appears to be plenty of life left in the stamping sector. 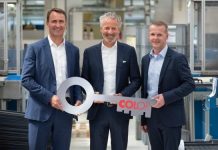 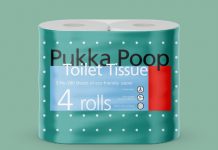 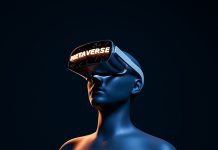