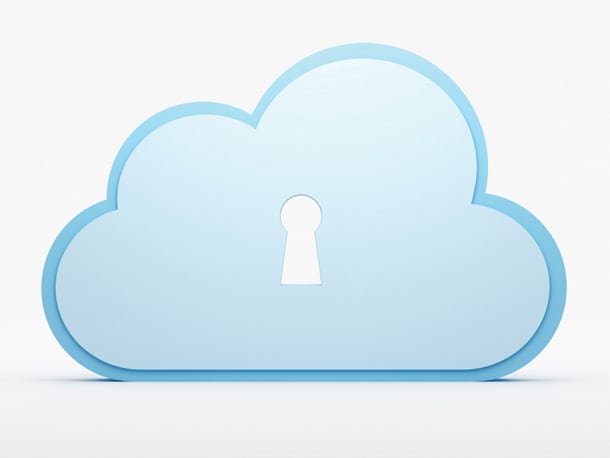 Half of businesses worldwide have started using encryption technology within their offices to protect critical data, according to recent research from B2B International.

The study, on behalf of internet antivirus software provider Kaspersky Lab, indicates that the technology is now one of the most popular protection techniques, having undergone what the report describes as “a sharp rise” in usage since the company conducted a similar survey in 2011. The growing use of this technology highlights some of the market potential for office supplies firms looking to cater for businesses’ security needs.

One only has to visit an OP trade show and view the items being promoted to see that manufacturers realise that encrypted security devices – be they for phones, headsets or USB portals – are important products to sell into the office supplies market.

However, things are changing quickly – particularly with the emergence of the cloud as a storage platform. This is a major factor that could narrow the market for dealing in physical storage products over the coming years, and should act as a wake-up call for OP firms lagging behind in their knowledge of new technology.

Reflecting on the UK market, Dominic Ashford, Account Manager for IT at market research group GfK Retail and Technology, says: “The total external hard drive market declined by 20% when comparing Q4 2012 with Q4 2011. It is difficult to say how much of this decline is attributable to stock issues after the natural disasters in 2011, and how much is a result of the move away from physical storage.”

So how might the market for security-focused products evolve in 2013, and what do OP companies need to know?

GfK’s research shows that solid state drives (SSDs) will help ensure that the storage market “remains an important IT market in the coming year”, as SSDs remain the strongest growth area in the category. There was a reported 170% increase in volume of these products between Q4 2011 and Q4 2012.

Meanwhile, the expected continued rise in prominence of smartphones and tablets in the workplace over the next 12 months is likely to generate new security concerns for businesses too. Ian Kilpatrick, Chairman of data security products distributor Wick Hill Group, which counts firms such as Imation among its vendor partners, argues that this pattern began to emerge last year.

“Mobile device management (MDM) solutions were a strong growth area in 2012, which will accelerate in 2013,” he says.

Kilpatrick expects demand for MDM solutions to continue growing, especially those that ensure mobile device usage complies with company security policies or items that can deal with data leakage issues.

“A crucial component for continued growth will be the clear separation between the management of business and personal data on devices,” he adds.

With Windows 8 freshly launched, Kilpatrick also predicts a rise in demand for Windows to Go secure USB sticks in 2013. These products provide remote users with a supported version of their corporate desktop on the move. One thing that’s clear from these comments is that data safety solutions are changing at some speed, and this evolution will raise further security issues in the office. Resellers looking to maintain their relevance in the market should keep apace with the new generation of IT development, as there will always be data risks that need stemming, even if the method by which this is done is different to before.

Magnus Kalkuhl, Director of Europe Global Research & Analysis Team, Kaspersky Lab, argues that these changes will take time, but expects the landscape 15 years from now to be very different, with the likes of the cloud and augmented reality making a number of today’s devices obsolete.

“There is now doubt that our dependence on computer technology will continue to grow,” he notes. “Unfortunately, modern cyber threats will evolve as well, starting from Trojans to cyber weapons. Every new technology will present even more security challenges.”

Office supplies companies are now also regularly adding workplace services to their customer offering, and one area where they are having some success with this centres on data security and secure recycling. Leading UK reseller office2office’s (o2o) Banner Business Services arm, which provides a secure destruction service and workplace recycling opportunities, was shortlisted for the Environmental Product of the Year Award in the 2012 European Office Products Awards for its 100% Recycled Closed Loop Copier Paper.

Richard Costin, Managing Director at Banner, comments: “In the last five years, businesses have become more aware of fraud and the need to destroy all confidential documents securely to ensure there’s no risk of documents falling into the wrong hands.”

Many companies across the OP spectrum, from independent dealers to the larger resellers, have offered recycling services in various guises for some time now. Be it picking up used cartridges or taking away used documents for destruction, these business practices are fairly commonplace in the industry.

Banner believes Closed Loop stands out, though, by combining the service with a sustainability-heavy agenda. Customers are provided with a certificate of destruction post shredding, confirming that documents have been destroyed in compliance with the Data Protection Act 1998, and then the paper is recycled and distributed to offices again.

“Whilst there are a number of organisations that are able to provide document destruction services, the ability to offer a true Closed Loop solution is very limited,” Costin asserts, adding: “Our Closed Loop process ensures that the recovered paper is recycled time and time again.”

Closed Loop is viewed as something of a benchmark in terms of workplace data security solutions, but what o2o has done more than anything is highlight how OP businesses are transforming themselves to meet modern-day office needs. The company began life in 2000 solely as a stationery supplier, but now offers an array of office products and related services throughout the UK and Ireland. Other industry firms are following similar patterns of development, and perhaps companies will find that the data security category is a platform from which to evolve their business from the traditional OP model.

Data security in the workplace does not just revolve around the latest technology and digital systems. Shredders and security boxes, for example, remain regular features of the modern office set-up too. GfK figures suggest that there was significant growth last year in the number of shredders sold online, although this masked a general trend that saw volumes decline. The vendor community does, however, remain confident about its prospects for 2013.

Shredder manufacturer HSM said in January that it is planning for double digit sales growth in the US and UK this year, and this quest will be helped in North America by the arrival of ex-Office Depot veteran Jim McCabe as Director of National Accounts & Alternate Channels in the US. He is tasked with boosting online trade.

Fellowes, meanwhile, said in November that its shredder category is back on track after some well-documented supply issues at the end of 2011. It also hinted that the OP market should expect to see some further product innovation from the company as 2013 draws on.