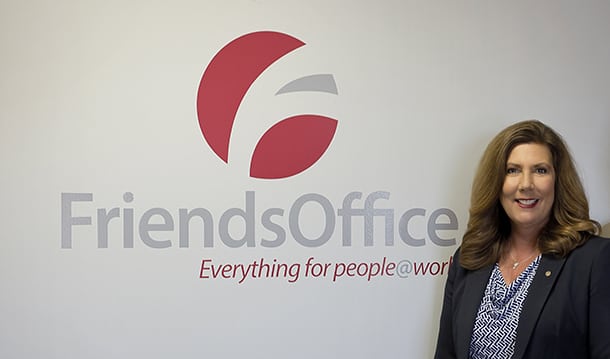 OPI speaks to FriendsOffice President Betsy Hughes about this important award for the dealer and the possibility for other independent dealers to participate on the contract.

OPI: Can you provide some background to this contract award?

Betsy Hughes: Our original contract with Premier commenced 1 August 2013 and was a three-year award, but due to the pending Office Depot/Staples merger the contract was extended for a further 12 months. Our new contract therefore runs from 1 August 2017 to 31 July 2020.

The specific product categories in the contract are office supplies, jan/san supplies, distribution products, special order furniture and technology hardware and software. That means we can go to the GPO with our entire offering.

OPI: What have you learned in the past four years on the Premier contract?

BH: I’ve learned how to work in conjunction with Premier for the benefit of its members. If you approach it like that, then everybody wins, and that’s been especially the case in the acute care category.

When we were first awarded the contract, we thought that non-acute healthcare providers – long-term care facilities, surgical centres and so forth – would be our sweet spot, but really that hasn’t been the case. The acute care facilities are the ones where the service levels from the big boxes have declined the most. These are large organisations and they don’t have time to have problems with their office products – that’s where independent dealers come in because of our service levels.

OPI: When you talk about Premier’s members, that could be anything from hospitals and care homes to doctors’ surgeries, is that right?

BH: Yes, and there is an increasing number of members that are now non-healthcare related. Premier is going out and searching for a different class of membership beyond its healthcare roots – higher education, for example – so it is not just about healthcare anymore.

OPI: How competitive is your contract?

BH: I get asked that question all the time! Premier does its due diligence and is very thorough; it took about a year to negotiate the contract with Premier for the renewal. It makes sure that our contract is competitive and, to be honest, we wouldn’t have a contract if it wasn’t.

OPI: I understand that you are working with about a dozen dealers on this contract.

BH: That’s right. We’ve got dealers servicing Premier members in California, Louisiana, Arkansas, Illinois and Texas, so our reach is national. And each of these dealers can attest to our support in setting them up to serve under this contract.

OPI: Is it not feasible for these dealers to bid for this business themselves?

BH: Yes, and there may be dealers that are enjoying healthcare business that is directly running through their dealership… for the time being. However, there’s a certain level of vulnerability with that because the GPOs are very aggressive in signing up new members. So, a dealer’s current business may be at risk without them knowing it, and they should be proactive and make sure they are aware if a client is looking at a GPO contract or is already a member of a GPO.

OPI: A dozen dealers after four years, that doesn’t sound a great deal. What is holding them back from using your contract?

BH: When I talk to dealers, I get the impression that there isn’t really anything holding them back apart from fear a lot of the time. Some are afraid to have us help them because it’s their business, but we’ve helped multiple dealers plan for very significant business in the past four years. Others may be worried that we’ll try to take the business from them, especially those that are located not far from us. That’s not our intention, but I think that’s what their fear is.

Dealers do ask about margins and the administration fees, but when we tell them real-life stories and ask them to call dealers that are participating in our programme and verify what we’re saying, that makes a difference.

But there is a steep learning curve in going out and talking about GPO contracts. I don’t want to say that it’s always about fear, but once a dealership gets a champion and then that champion goes out and gets a hospital or any Premier member, you see a big change; it’s just getting that initial one under their belts and then it seems to gain traction and take off from there.

We also seek out dealers following calls I get or presentations I make for some of the groups within Premier. In one instance – and I’m not going to name the dealer, of course – we brought one smaller dealer on board, and now they’re averaging over $25,000 a month  of new business that they didn’t have before with their local hospital.

OPI: Can you add other dealers over the course of the contract or does it have to be done before 1 August when the new contract starts?

BH: No, it can be done at any point in time. And we’re hoping that because we have the new contract in place for the next three years, it will encourage more dealers to talk to us.

OPI: As we reported in OPI, Essendant bid for a place on the Premier contract as part of its new Access programme. What is your view on that?

BH: When the news came out about Essendant bidding, my first thoughts were: ‘How are they going to execute this?’ I know first-hand that the execution of this specific contract is a huge component of getting an award. Premier contract requirements led me to question how Essendent could accomplish fulfilling those expectations.

So while Essendant bidding did worry a few people, it didn’t really worry me. But we are in touch with them about assisting Essendant dealers with support as far as the contract pricing is concerned.

OPI: So even though you’re first-call SP Richards, Essendant first-call dealers can also participate on your contract?

BH: Yes, we have two systems and price files  that allow dealers to continue to use their preferred business models, purchasing, delivery, etc. Technically, they can use their wholesaler drop-ship programme if they want, but we do find that the Premier members are attracted to the contract by having the local dealer making the deliveries, just as we ourselves do for our Premier members.

Read the full Big Interview with the FriendsOffice Executive Team 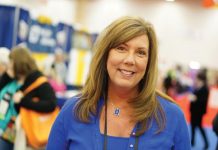 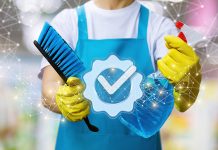