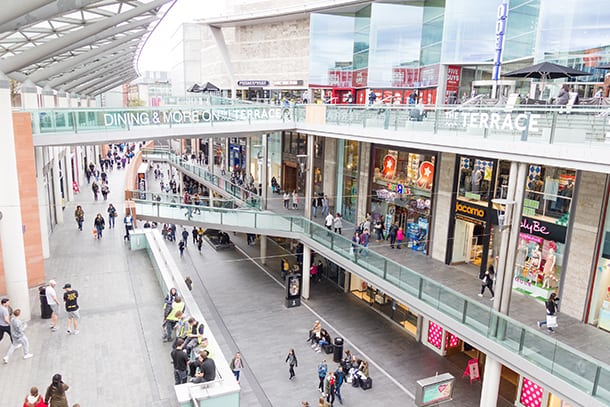 In the last week of April we were told that officially the UK was in a double dip recession. Having traded for five years in a period of financial uncertainty this particular week felt no worse than any other; if anything I would say the mood was relatively buoyant with Sir Mervyn King, the Bank of England Governor, saying that there is a glimmer at the end of the tunnel for the second half of 2012.

The retail market is changing more rapidly than ever and this brings opportunities for those ready to take them. No retail sector has been unaffected by the economic changes. From card chains to coffee merchants and book shops to wine shops, we have seen them close or go into administration.

These closures are dreadful for those involved but they create a fantastic opportunity for other retailers, particularly local independent retailers, which are often the most flexible, to fill the gap thus growing their own businesses.

But the retail chains in the UK are adapting to the demands of the market too. We are seeing a lot more stationery being sold by Wilkinson’s, Ryman has added more design-led stationery to its ranges in larger stores and WH Smith has brought its online business Funky Pigeon onto the high street too.

More retailers have an online offer and consumers are increasingly at ease with using it as a way of buying things. In 2000 UK online sales were valued at £1.8 billion ($2.8 billion), in 2011 that was approximately £69 billion. The channel grew by around 16% in 2011 and is forecast to grow at a similar rate in 2012. Impressive patterns of growth have also been reported in the US.

For those not trading online currently it is something that needs to be seriously considered because it allows products to be available 365 days of the year, 24/7.

Consumers are getting much more discerning, with less to spend and less time to spend it in, they want to know that what they are buying is good value for money, and with the internet they have never been better informed. For example, if they want to buy a stapler do they want a basic retailer own brand product, a handy Rapesco Bug stapler or a heavy duty Rexel product? The information is at their fingertips.

Good service is critical and customers are far less loyal than years ago. Larger retailers like WH Smith introducing self-service tills need not be a huge concern in this sector – it is a way of reducing cost on quick, small newspaper-type transactions, but for those retailers that are defined by service it is not an option.

You need to give your customers a reason to do business with you. You need to be clear about what you stand for and you need to communicate this with consistency to consumers, so they know what to expect and why they should shop with you…you need to create a ‘brand’. You do this with everything you do from the products and services that you offer and pricing strategy to how you communicate with your customers. And you need to keep reviewing the best way to appeal to your target customers. What they want from you may have changed as the market has moved on and your local competition changed too. So:

Your success will be directly affected by your approach, passion and enthusiasm. Belief and commitment are infectious and will have a positive impact on your staff and customers.

Henri Davis is an Independent Retail Advisor in the UK.