A paper baroness is the first woman to head China’s Rich List after tapping into the country’s ever-increasing demand for paper products.

Entrepreneur Cheung Yan, 49, has amassed her huge $3.4 billion personal fortune by shipping waste paper products from the United States to China where it is processed and recycled into packaging and office products.

Her joint companies, Nine Dragons Paper and America Chung Nam (ACN), have both posted year-on-year revenue growth rates of up to 40 percent. After starting her venture in 1985 with just $3,000, Cheung is now the US’s top exporter of recovered paper with shipments into China of more 2.6 million tonnes.

Earlier this year Nine Dragons Paper, which is also China’s largest packaging paper supplier, launched an initial public offering which was over-subscribed by 576 times. The $436 million float on the Hong Kong stock market is said to have contributed heavily to Cheung’s sudden improved wealth.

Last year, the business leader was 35th in the Rich List with a personal wealth estimated at $375 million. However, she leapfrogged to the top of the rankings after her 72 percent stake in Nine Dragons increased by 172 percent following a recent stock market surge.

Her success story began in 1985, when Cheung, who then was in her twenties and had finished studying accountancy, launched ACN, a recovered paper export business in Hong Kong, which, at the time, was a British colony.

She was forced to endure financial hardship, cheating business partners and intimidation from local gangsters before making the decision to switch to the United States and settling in Los Angeles with her husband in 1990.

From her new base in south California, Cheung continued to sell the paper she collected and processed to mainland China where it was used as a raw material in the country’s paper mills. After a couple of years, when the country opened up to trade with the USA and Europe, Cheung correctly predicted that China’s economy would grow tremendously and therefore would need huge volumes of secondary raw materials such as recovered paper.

To close the loop in her paper empire, sister-company Nine Dragons Paper was founded in 1996 and embarked on an ambitious expansion programme to build and acquire control of a number of paper mills across China.

After ten years of operation, the company’s jewel in the crown Dongguan production base will shortly have an annual production capacity of five million tonnes, while investment in Nine Dragons’ Taicang factory will boost its capacity to manufacture four million tonnes a year.

The downside of the company’s huge production output is its requirement for massive volumes of raw materials to keep the mills running at full capacity. But between 75 and 80 percent of their products are produced from three million tonnes of recovered paper, of which, 50 to 60 percent is sourced from ACN’s operations in the US.

As a result, ACN is China’s number one recovered paper importer and Nine Dragons is one of the country’s three biggest paper producers and its largest containerboard producer.

And it has no apparent plans to slow down its impressive empire building. According to the company’s latest annual report: "The group actively seeks opportunities to expand its geographical coverage beyond the Cheung Tze River Delta and the Pearl River Delta regions. So far, the group has already established warehouses in Tianjin and Chongqing. In the future, it will extend its presence in inland regions such as the central-western and the northeastern region of China as the manufacturing industries in these areas become more active. The group also seeks to increase its exports to tap selected international markets."

The clear key to Cheung’s success was her vision to seize China’s recovered paper market as the country’s forests cannot produce enough pulp to feed the insatiable demand of its paper mills and a national recycled paper collection scheme is still in its infancy.

Prior to 1995, China imported only 500,000 tonnes of recovered paper but according to analysts, the country now swallows up a staggering 9.3 million tonnes from abroad. According to the China Paper Industry Association, demand for paper and carton board will grow to 80 million tonnes per annum within the next ten years, making the country the world’s second largest consumer.

Most of the material is currently imported from North America. In 2004, total US paper recovery reached well over fifty million tonnes of which about 25 percent was exported, making this commodity the US’s biggest volume exported product.

Currently, China’s per capita paper consumption is 30kg, compared with 233kg in Europe and 332kg in the US, although the figure is expected to more than double in the next ten years.

In order to satisfy the growing demand, by 2015 China must have added another 40 million tonnes of paper-making capacity which will require a total investment of some $48 billion.

Nine Dragons listed on the Hong Kong Stock Exchange in March and its share price surged recently after reporting that its fiscal 2006 net profit more than quadrupled to $174 million.

The company is seen as an attractive proposition to many as it follows a Western corporate style of governance and operation. For example, a proportion of its profits are re-invested in the company in terms of in-house research and development spend. The company is currently developing ways to reduce the use of kraft pulp, a key raw material, in production through technology enhancements.

The two separate companies are obviously a thorny issue for the company board to deal with.

When asked if the two would ever combine, their reply was robust: "ND Paper and ACN were established at different times and our business objectives and geographic coverage also vary.

"Although we have the same controlling shareholders, our business operations are completely different. The group is engaged in the manufacture of containerboard products, while ACN is engaged in the business of recovered paper recycling. We have been operating separately in various aspects since day one. For example, the group is financially and operationally independent of ACN. Besides, we both have our own independent management team, geographic focus, sales and marketing channels, and ND Paper is able to source its recycled paper independently.

"Both the group and ACN have grown into leaders in their respective industries. Hence, the group and ACN are not dependent on each other. Given that ACN has its unique business focus and product lines as well as independent operations, the controlling shareholders of the group do not have any plan to merge ACN into the group.

"Besides, any acquisition plan is subject to the due consideration and approval of our shareholders."

Cheung, 49, is in charge of the overall corporate development and strategic planning of the group.

As well as being a member of the National Committee of the Chinese People’s Political Consultative Conference, Cheung was has also been awarded the esteemed title of ‘Worldwide Chinese Ambassador of Love’.

The married mother-of-two likes to keep control of the company firmly in the family. Her 25-year-old son Lau Chun Shun, an economics graduate of the University of California, was appointed a non-executive director of the company while he currently studies for a masters degree in Financial Engineering at Colombia University.

Her dentist husband Liu Ming Chung, 44, is the deputy chairman and CEO of the company and is responsible for the overall corporate management and planning, the development of new manufacturing technologies, the procurement of production equipment as well as human resources management of the group.

Cheung’s brother Zhang Cheng Fei, 38, has been the executive director and deputy CEO of the company and is responsible for the overall management of the operations and business of the group, including marketing and distribution, finance, procurement, sales and IT departments. 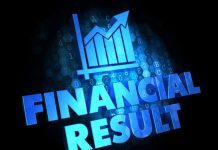 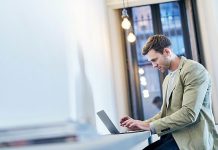