Dear Editor,
I read with alarm that you didn’t feel that there was enough innovation to warrant an award at this year’s European Office Products Awards.
I would like to mention that we believe Whitelines has got every chance of forming a new international standard in the world of paper.
It is a very simple but still patented product. We have developed a paper with white supporting lines.
These lines obviously don’t compete visually with handwriting, but the format makes it easier to both read and write.
Olof Hansson, Whitelines SA, Stockholm, Sweden

Locked out
Dear OPI,
In relation to your pass-through feature, I would like to bring to your attention US Communities. This private non-profit corporation allows any state or local government agency to purchase without a competitive bidding process. As private businesses, we are all bound to bid for the business. Office Depot is and has been the ONLY office supplier in US Communities.
Chip Jones, Minton Jones

Plastic fantastic
Dear Editor,
I was pleasantly surprised to read about Toshiba’s advent of re-usable plastic paper in last month’s Plastic paper and disappearing ink. It’s about time someone came up with a solution to the millions of sheets of paper that are wasted every year by people who inconsiderately print snippets of information, merely to discard them five minutes later.
One of the few green OP workers!

Charity care
Dear OPI team,
I would like to commend City of Hope for their enduring commitment to cancer research and treatment. It is always great to hear that global companies and industries get behind good causes but it is more satisfying to know that the industry you work in cares about more than just making money. Well done City of Hope for reminding us that it isn’t all about the chasing the buck
Brenda Simmons, Bristol (UK) 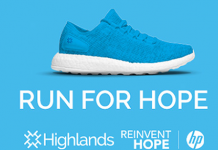