Industry veteran John Everett Fellowes, the long-serving vice chairman of Fellowes, has passed away.
He faithfully served Fellowes for 69 years, following in the footsteps of his father, Harry Fellowes, who founded the company in 1917.
His own career in the office products industry began in 1938 when he joined the sales department at Bankers Box, the predecessor name of Fellowes. In early 1942, he took a leave of absence from the company and was commissioned as an officer in the US Army, later achieving the rank of major. After the war he returned to his duties at Bankers Box in the December of 1945.
He went on to assume responsibility for the daily operations of the business, and in 1952, he became VP. He helped develop many of the company’s flagship products such as Staxonsteel, R-Kive and Stor/Drawer storage systems, products which remain core to the Bankers Box brand today.
In 1970, Fellowes became president of the company. Under his watch Fellowes expanded to eight facilities worldwide, comprising over 900,000ft² of manufacturing and office space. In addition to global expansion, Fellowes introduced profit sharing and employee stock-ownership plans to his company to improve the quality of life for his workers.
His careful leadership of the business resulted in impressive growth and saw his efforts recognised by numerous awards.In 1987 he received the Spirit of Life Award from the City of Hope in Chicago. And throughout his distinguished career, he acted in several board positions on trade associations. A keen humanitarian, Fellowes served numerous institutions and organisations outside of the business and was widely known and respected for his philanthropy. He sat on the board of Alma Mater, Knox College, and endowed a Chair in English. He loved opera and served on the board of the Chicago Opera company. He was a member of Chicago Golf Club for over 50 years and went on to become its president. He was also president of the Presbyterian Home retirement community in Evanston, Illinois.
John Fellowes will be remembered as a man of great integrity and leadership, who not only ran his business on the highest ethical plane, but became both teacher and an inspiration to those he worked with.
On behalf of the entire industry, OPI extends sincere condolences to the Fellowes family and company. 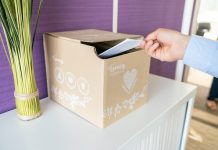