The vast majority of small and medium-sized businesses buy their paper from the top three OP superstores – Staples, Office Depot and OfficeMax – a new survey has revealed.

In a study conducted by Lyra Research among paper buyers from businesses of up to 99 employees, three quarters of respondents were found to purchase their paper from the big three.

Staples is the most popular channel, said Lyra, followed by Depot and then ‘Max. The next most popular source is the mass market retail/warehouse club channel, it said, with 11 per cent of respondents reporting that they buy their paper from Wal-Mart, Sam’s Club or Costco.

Next on the list came Boise Office Solutions and xpedx with 2 per cent; and Corporate Express with 1 per cent. 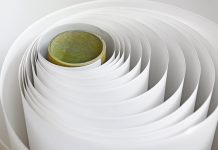