Fortune has released its annual list of the world’s 500 largest corporations with Wal-Mart Stores topping the rankings for the second year running.

Hewlett-Packard went up 16 positions to come in at number 24 while rival Dell trailed behind at number 93, compared to last year’s 105.

Staples was ranked 417 while key competitor Office Depot came in at number 437.

International Paper was ranked 191, down 23 places from the previous year, with Weyerhaeuser down three places at 251.

Canon and Ingram Micro were placed at 165 and 218 respectively while 3M was ranked 281, closely followed by Tech Data at 298.

The two copier firms Ricoh and Xerox came in at 335 and 339 respectively, both up from last year’s ranking.

UPM-Kymmene was ranked 485 and is included in the top 35 new arrivals in the listing. 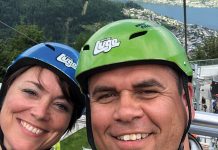