With China to the west, Japan to the east and North Korea to the north, South Korea is intrinsically linked to its neighbours – both economically and historically. Its commercial arena is a kaleidoscope of the big and the powerful, the small and the traditional.

And while the corporate landscape has changed considerably since the 1997 Asian financial crisis, the chaebol – South Korea’s multinational conglomerates, which include the likes of Samsung, Hyundai and Lucky Goldstar – continue to dominate economic activity and still contribute substantially to the country’s GDP of $668 billion (2004) and its exports.

The country’s OP industry stands in stark contrast to the mighty chaebol. Indeed, the vast majority of the market – perhaps as much as 80 per cent – belongs to small dealerships and retail outlets. But rather than just another emerging OP market, it displays all the signs of having reached a certain level of maturity already, as can be expected from a country that has developed from a devastated agragrian economy in the 1950s to one of the developing world’s biggest success stories. And certainly in the OP space, quick and reliable delivery; price competitiveness; product range, quality and reliability have become prerequisites. Add to this a good dollop of personal service and it’s a combination that’s hard to beat.

Approximately 20,000 small dealers and stationers, over half of them concentrated in and around the capital of Seoul, are vying for business from the country’s 2.9 million small and medium-sized businesses (SMEs) and, of course, from millions of end users. A common way of purchasing office supplies by these SMEs is by sending so-called office ladies to the nearest shop to buy whatever is needed. This may be neither time nor cost-effective, but it’s become a habit that’s hard to break.

But changes are underway, in terms of channel distribution as much as in the way people shop for office supplies. There has been a huge increase in the number of mass market retailers in the past few years and all of them appear to be growing their share of office supplies. Emart is South Korea’s largest superstore chain, with about 70 outlets across the country, while global giants like Carrefour (31 stores) and Wal-Mart (16 stores) have also made strong inroads. Altogether, this channel now accounts for about 10 per cent of overall OP sales.

Gunn Choi is CEO and president of local online/mail order operator Iffice. He says: "Mainstream operators – or category killers – are rapidly moving into the office products category, from traditional channels like small neighbourhood retailers, to online shopping malls and superstores."

Henkel Consumer Adhesives is an established operation in South Korea and marketing manager Nira Kim confirms that a lot of its sales are generated through the superstores and hardware stores, as well as through the traditional dealer channel. Kim says: "Henkel kicked off in South Korea in 1989 as a chemical supplier. We started the consumer adhesives business in 1998 with Loctite super glue imported from Ireland. Our competitors here are mostly local manufacturers. They approach the market with an aggressive low-price, high-volume strategy."

But while order volumes are going up and prices coming down, this is not the whole story. Brands are hugely important in this market and although some international brands like 3M have a dominant position in the sector, South Korea is not necessarily an easy market to get a foothold in from a brand point of view, especially for foreigners.

Says Choi: "South Korean customers have strong attachments to brands in some categories. For example, where there is a strong brand already, introducing a new one can be very tough and be seen as a threat. Office products have low involvement qualities, so even when a new, high-quality, expensive foreign brand is launched, most customers would not buy it because they don’t recognise it."

Iffice’s product portfolio comprises nearly 7,000 SKUs – a huge number in this market and considerably more than a small dealership could offer, especially in the absence of large, national wholesalers. Founded in 2000, Iffice is one of the many online/mail order operators that have sprung up all over the country since the turn of the century and with sales of KRW20 billion ($20 million), it appears to be doing something right and has become an important part of this growing channel.

But rather than going for the large corporates, Iffice focuses its efforts on SMEs. Choi explains: "There are 2.9 million SMES in South Korea. This is the major market for Iffice. Large companies place bigger orders in terms of sales and quantity, but it gives us less profit due to lower prices and more deliveries. The result is more sales with higher gross margins."

Global contract stationer Lyreco must be thinking along the same lines, targeting the country’s SMEs first before heading for the big guns. Known for its keen interest in the Asian market, Lyreco opened up in South Korea last spring, making it its fifth subsidiary in the region.

Anders Kristiansen, managing director of Asia Pacific for Lyreco, is the man in charge and he’s relishing the challenge. He says: "I think South Korea will be a great success. The country boasts a burgeoning market of 48 million people and had a relatively speedy growth rate of 4.6 per cent in 2004.

"South Korea is basically a mature market. It’s probably in between Hong Kong and Japan – closer to Japan. It’s a structured market and you get well educated people there. There is a high spend of office supplies per white collar worker. That was one of the main drivers."

And while it’s early days yet, Kristiansen admits he’s pleased that "we’ve had some of the best results we’ve ever had from a start-up company, if not the best results. It’s a market dominated by small dealers and mail order companies, so they don’t really know the concept of having reps, and that’s what we have, and that’s going extremely well."

Lyreco has the advantage of being the first global reseller to set foot in the market. The only other cross-border distributor that operated in the region was Saggio and it ceased operations a year ago.

But Lyreco won’t be alone for long. In fact, if you count Office 1’s fleeting visit to South Korea a few years back, it wasn’t even the first one in. And Office 1 is hoping to be back – tapping into another growth sector in the country’s industry – franchising.

Having realised the opportunities early on, CEO Mark Baccash first introduced his franchising concept in 1997 – but the timing couldn’t have been worse. Says Baccash: "We were just swept away by the Asian currency crisis." He admits it’s a difficult market to enter – almost as difficult as Japan. "Local vendors charge very high prices and enjoy large margins and control prices by maintaining a united front. The results are low margins for retailers and dealers and a tough existence."

But Baccash is determined to make Office 1 work in South Korea: "We have not given up on the market due to its size and also our reluctance to take ‘no’ for an answer. We plan to re-enter this year via a distributor selling our Office 1 branded products – about 500 SKUs – made in China to one and all. And hopefully, we will get around the low margin obstacle. If we succeed and our brand gets established, we shall look for a joint venture partner or master franchisee and open stores."

At present, the South Korean OP market is firmly in the hands of the dealer community. But with other channels getting stronger and virtually everybody targeting the same market – the country’s 2.9 million SMEs – it’s only a matter of time until market shares will shift and a wave of consolidation hits the industry, causing the demise of the weakest players. 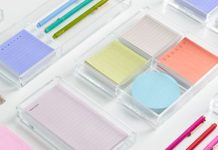 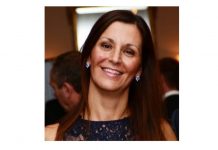