Office Union, an amalgamation of some of the region’s largest resellers, may have changed the OP landscape in Scandinavia forever. The union, which between its four contributing reselling groups represents a total revenue of almost €500 million ($584 million), is now Scandinavia’s leading group in office supplies and computer accessories.
The alliance, which has been in the making for a year, was formed from four key entities: Boras-based RKV, Sweden’s largest office supplies dealer group with 17 members and 60 stores nationwide; Vejle-based Office Supplies Denmark (OSD), Denmark’s largest OP dealer group with 43 members and 66 stores; Vantaa-based Tamore Oy, Finland’s largest OP reseller; and Litografen, based in Stavanger, Norway, one of the largest members of Inventum, the country’s largest independent OP dealer group and retail chain. All players serve the government sector, big industries and SMEs, and share a strong focus on e-business.
Benefits
The union, which will be co-ordinated from RKV’s office in Sweden by an executive group consisting of the four managing directors, will allow each member to increase sales activities in other Scandinavian countries and make it easier for member resellers to close deals. The alliance will also enable members to enjoy the benefits of joint purchasing power, marketing support, improved delivery terms from the suppliers and, hopefully, an expanded private label range. Its focus will remain on current and common suppliers.
Gert Gerber, managing director of OSD, explained: "Many of our customers need service in more than one Nordic country and Office Union will give its members the opportunity to deliver into other countries in Scandinavia, which only the power sellers such as Corporate Express and Lyreco are able to do at present. The feedback so far from our dealers has been very positive."
Strength
Stefan Sonesson, managing director of RKV, added: "We will enjoy increased purchasing strength with other countries that have similar products, similar brand names and similar needs. And our contact with our partners will provide us with a good source of information on how the Scandinavian market is evolving."
Tamore’s managing director Erkki Mattila claimed he is already seeing the benefits of Office Union. "Many of the big vendors of this industry have never been interested in dealing with Tamore before due to ‘some other contracts’. Now many of them have contacted us already!"
But the members claim that Office Union has marked differences from other alliances such as interACTION and BPGI, aside from the fact that they are Nordic-focused and have fewer members (four as opposed to BPGI’s 22). Gert Gerber, managing director of OSD, which left BPGI last year (it had been a member since 1999) claims Office Union offers greater flexibility when it comes to choosing suppliers. "BPGI grew too fast and it was built on purchasing, which is outdated," he said. "At BPGI there are common suppliers and it is not possible to change suppliers one day to the next. At Office Union we will let the market dictate and choose the right products before purchasing, rather than purchase and then look for a customer like BPGI. And we can change supplier if we decide that is the right decision."
Gerber explains that in order to ensure a speedy decision-making process at Office Union, the managing directors have decided that members of the groups that make up Office Union will not be consulted before decisions are made. "We are making the important decisions now so when Office Union expands with new members, they will have to agree with what we have set up," he said.
Ambitions
And expansion plans are ambitious. Tamore’s Ekki said: "In the short-term we hope to get benefits from five to 10 suppliers during the next year. In the medium-term we hope to have a common product range, common brand(s), a lot of good customers, and become market leader in Finland and the Baltic countries."
Victor Sundt-Hansen, managing director of Norway-based Litografen, added: "We want to see how successful we are in Scandinavia first and then we will increase our focus beyond Scandinavian borders."
OSD’s Gerber is more bullish. "Scandinavia is only the beginning," he said. "We don’t know yet but we hope to cover a lot of Europe within two to three years." 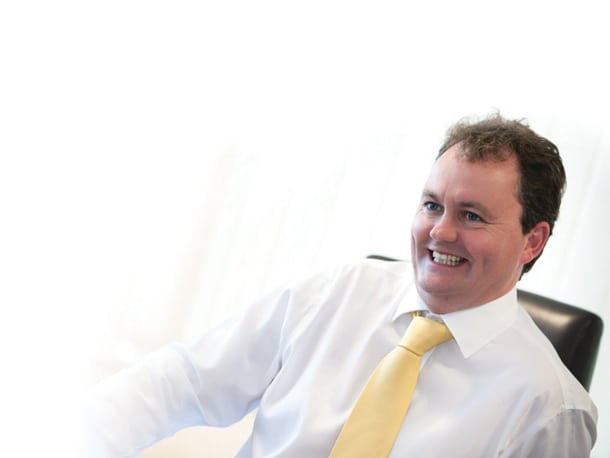