Xerox’s board of directors has elected Timothy MacCarrick as corporate VP. MacCarrrick is currently VP of finance for Xerox North America and for the past three years has served as CFO of Xerox Europe. He has been with the company since 1985. Stamford (CT)

Office 1 has announced that Mike Schmidt has been appointed to its board of directors. The decision, revealed at the firm’s annual meeting in July, was in recognition of Schmidt’s "exceptional efforts" in launching and supporting master franchisees and his "contributions to the mission of Office 1 on behalf of small stationers and dealers". West Palm Beach (FL)

Mark Holifield has resigned from his position as EVP of supply chain at Office Depot to join The Home Depot. The OP superstore has announced it will re-assign Holifield’s duties to other Office Depot executives. Holifield was with Office Depot for 12 years. Delray Beach (FL)

Kimball International has announced that David White will assume overall leadership of the Kimball Office brand as VP and general manager. White is a veteran of the office furniture industry with 27 years’ experience at various companies including HON, Bush and BPI. He joined Kimball in 2004 as VP of sales for Kimball Office and replaces Randy Iles who held the position since 2001. Jasper (IN)

Corporate Express has announced that SVP and CFO John Brenholt left the company last month to take a role with another company. Brenholt joined the company in 1999 as VP for finance of CE promotional marketing. He joined CE North America in 2001 and has served as assistant controller and VP of financial services. Jeffrey Lasher has been named as Acting CFO, while continuing his role as VP controller. Broomfield (CO)

WorkPlace Furnishings (WPF) has announced the appointment of Dennis Insogna as its new president. He succeeds GE Russell who has served as president and CEO since 1992. Insogna is currently VP of BKM Total Office and has been acting as a dealer development consultant to WPF for the past two years. Cincinnati (OH)

Eastman Kodak has elected Patrick Sheller as assistant secretary. Sheller currently serves as Kodak’s chief compliance officer, and will continue this role in his new position. Sheller succeeds Sharon Underberg, who has been promoted to the role of director of corporate and regulatory legal staff. Rochester (NY)

BOSS has announced that Rob Vale, CEO of Spicers Europe, has been elected to join the BOSS Federation’s executive board. High Wycombe (UK)

Canon UK has appointed Stewart Cobby, formerly of HP, as nationwide sales development manager to increase the company’s presence in the large format printer (LFP) market. Commenting on his new role, Cobby said: "Canon is at an exciting stage in its development, having announced five new LFPs in the first half of 2006, and I am looking forward to growing the business even more." Canon hopes to acquire a 15 percent market share by the end of 2006. Reigate (UK)

Lexmark UK has named Steve Purdy as its new general manager. Purdy has a background in sales and sales management with the company and has served as country manager of the Netherlands and then Benelux where he led the integration of the business in both countries. Marlow (UK)

Spicers has announced the appointment of Fabrizio Pistoni as managing director of its Italian business. Pistoni, who has been MD of Corporate Express in Italy for the past six years, will start in his new position on 1 September. Speaking about his new role, he said: "I am delighted to be joining Spicers Italy at this exciting time." Cambridge (UK)

John Irwin, former managing director of Ofquest, has joined Bisley as commercial director. Initially, Irwin will oversee all sales, marketing and design functions across the group in addition to Bisley’s new subsidiary Tract. Bisley’s owner Tony Brown said: "I am delighted that John has agreed to join us. He brings considerable experience in operating at a senior level and will help us with the next phase of our development." Woking (UK) 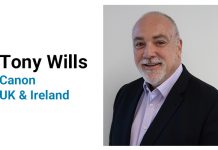 Value as a priority 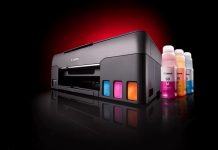