8 February 2007 — Sawston (UK): Ian Doherty has been appointed as the new managing director of Spicers UK and its Irish businesses.

Doherty joined Spicers this week and will take over his responsibilities after a thorough induction to the business.

He brings with him considerable knowledge of working with re-sellers in tough markets, having previously served as the co-principal of a privately backed internet broking business, managing director of Kleeneze Europe and having held various management positions within Unilever.

Doherty’s predecessor, Steve Hone, stepped down in March last year. CEO Rob Vale inherited some of Hone’s former responsibilities during the ten-month search for his replacement.

Rob Vale, Spicers CEO, said: "I am delighted that Ian has joined us to head up Spicers UK and Irish businesses. He has considerable management experience working for customer-oriented organisations. Ian is taking up his position at an exciting time, when the UK and Irish businesses are starting to implement their plans to build further on their strong positions in these markets."

Doherty said: "I am very excited to be joining Spicers at this time and look forward to driving hard the initiatives that Spicers has planned for its dealer partners. Spicers has a fantastic reputation in the market and I have been impressed by the strength of its ambition for the future. I am looking forward to getting out and about and sharing our plans with our dealer partners."

Spicers is the leading office products wholesaler in Europe. 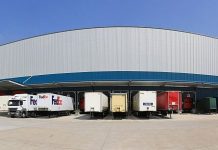