17 November 2004– Vienna (AUT): The Neusiedler Group has been merged with Mondi South Africa to form Mondi Business Paper, the company has announced.

Mondi, the paper making and packaging division of Anglo American, is currently restructuring its divisions in order to improve its visibility to customers, offer an improved geographical coverage and reduce its overhead costs. 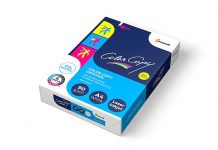