Finnish forest industries employers started a four-week lockout on 18 May to reduce the negative effects caused by the overtime ban declared by the Finnish Paper Workers’ Union.

According to reports by Associated Press, UPM-Kymmene said it will lose 15 million ($6.3 million) a day and Stora Enso claimed its daily losses would amount to 13 million.

The lockout comes in the wake of a worker strike, which affected all Finnish mills of Stora Enso – or one third of the company’s production – from 27 April to the morning of 29 April.

SVP of Public Affairs for Stora Enso Finland, Jorma Westlund, told OPI: "We have had many strikes since the workers’ collective labour agreement expired in February. Unfortunately, the strikes, which are affecting all Finnish paper companies at present, are just part of the negotiation process."

Workers at the Finnish plants of UPM-Kymmene also striked on the same day, but for just 24 hours. 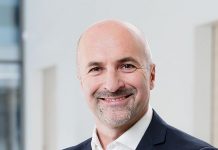