Lenovo has unveiled Lenovo-branded computers outside China for the first time.
The world’s third-largest computer maker, behind Dell and Hewlett-Packard, marked the occasion at press conferences in ten cities worldwide on 23 February, including New York, Paris and Turin.
The move comes off the back of a massive brand recognition exercise following the company’s purchase of IBM in May 2005, which included sponsorship of the Olympic Winter Games.
Lenovo CEO William Amelio has praised the company’s "error-free" games. Its PC Solution, which included more than 6,000 personal computers, collected data in freezing conditions and was kept running by 60 engineers – without delays in service during the games.
"Our flawless execution at the games has created momentum for us in the global PC market, which we will continue to fuel by delivering innovative products to meet the needs of our customers," said Amelio. 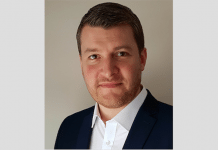