How can business leaders adapt as our environment changes at an ever-accelerating pace while our human bodies have hardly evolved over the past 10,000 years?

In June this year I had the pleasure of speaking at eurOPe 2006 – the conference of the European office products industry in Monte Carlo. The conference was called Tomorrow’s Industry and my talk was on Leading your Team through Change. I began by dividing history into Ancient and Modern, taking a somewhat arbitrary dividing line between these two periods as the life span of my grandmother – 1899 to 1976.
Granny was born and spent her childhood on rural farms in the Scottish Borders where the conditions of life had not changed substantially for several hundred years. The men still worked the fields with horse-drawn ploughs and reapers; women ‘bondagers’ worked alongside them and children pitched in at busy times of hay and harvest.

The farm cottages were lit by oil lamps, the mattresses were straw-filled, water came from a pump in the yard and the toilet was at the bottom of the garden next to the pig sty. (The infamous "doughnut in granny’s greenhouse"). In 1976 – the year of her death – granny was living with us in a centrally-heated home with double-glazing, electricity, television and every modern convenience, including the family car in the garage. And yet – relatively – it’s Ancient History.

Brave new world
In the 30 short years since her death, such have been the changes that my poor, dear granny would find herself in a baffling world of unfamiliar gadgets and machines were she somehow to make a return visit today. Imagine the linguistic shock alone as she struggles to understand what her grandchildren and great grandchildren take entirely for granted: DVD, iPod, BlackBerry, Bluetooth, website, PC, laptop, download, connectivity, functionality – brave new world indeed. And that’s only the technology! Would she even begin to recognise the social, political, cultural, sexual landscape as planet Earth at all?
The degree of change and the speed of change in our lives are now such commonplace concepts that it is hard to comment on them without sounding trite. There is, however, a paradox about change which is less often mentioned. It is this, that "whilst the world around us changes at an ever-accelerating pace, our human equipment to handle it has not evolved for approximately 10,000 years". In terms of our human management of change, we are attempting neuro-surgery with flint axe-heads and needles made of fish-bone!
Here’s a brain-teaser for you. Re-arrange the following quotations in the chronological sequence in which they were written. I have modernised the language slightly so as to avoid giving too many linguistic clues. (Answers at the end)

a) In times of change, learners inherit the Earth, while the learned find themselves beautifully equipped to deal with a world that no longer exists.
b) The universe is change and our life is what our thoughts make it.
c) The greatest revolution of our generation is that human beings, by changing the inner attitudes of their minds, can change the outer aspects of their lives.
d) There is nothing more difficult to plan, more doubtful of success, or more dangerous to manage than the creation of a new system.
e) It is in changing that things find purpose.

How did you do? No-one in my audience in Monte Carlo got it absolutely right, which was a relief as I had offered a huge cash prize to anyone who did! But it makes the point that the human challenges that change poses – and the opportunities it affords – show remarkable constancy over the centuries. It is not change itself but the quality of our response to that change which determines our success and indeed determines our world. We need to learn how to adapt to a changing world and this change may be difficult, doubtful, dangerous even, but in it we find purpose.
What then is the current state of "The Change Market" in terms of organisations and the individuals that compose them? There are, I propose, three generations of change leaders: Ancient, Modern and Future. What’s more, all three exist currently and you can find everywhere examples of companies and individuals that fit within them.

First Generation change leaders, the Ancients – sometimes called dinosaurs – don’t change. Either we can’t or we won’t. We may have absolute conviction that the way it has always been done is right, proper and/or beautiful; we may ignore change, we may hate modernity and rant at all its works, or we may be terrified and frozen in the face of it. We may be delightful, engaging characters or bitter cynics. We may retreat into protective caves or Diogenean barrels as ways of dealing with the changing world around us and good luck to us. We all feel that way sometimes!

Modern History
Second Generation change leaders, the Moderns, are bang up to date – or so we think. A whole industry has grown up dedicated to supporting people and companies in the effort to change and transform themselves. And quite rightly so. The shores of Modern History are littered with the wrecks of once proud companies that failed to change with the times. Second Generation change leaders, like astrologers of old, need to know the phases of the cycle through which our companies will pass.

We are required to monitor and detect the signs of complacency or denial in our people and to have the skill, authority and sheer energy to lead people through confusion, doubt and wrong directions to the sunlit uplands of renewal, growth and prosperity.

And yet it would seem that we Moderns aren’t doing too well in this Herculean task. Apparently, 70 percent of corporate change programmes fail! 80 percent of total quality management efforts do not produce tangible results. 90 percent of business process re-engineering projects are unable to deliver the desired breakthrough. Why? Should we have listened more carefully to Machiavelli who warned us of the dangers of trying to create new systems?

John Kotter, who researched extensively into what made for successful, large-scale, corporate change, identified eight necessary steps that change leaders must follow. They are these:

1. Increase the urgency around the need
for change
2. Build a strong and committed team to guide the change
3. Get the vision right
4. Communicate for buy-in
5. Empower action
6. Create short-term wins
7. Don’t let up
8. Make change stick

So there you have it. For those want to be Second Generation change leaders, that’s all we’ve got to do. Common sense really. The only trouble with common sense – as my granny was wont to say – is that it’s not very common. And – one should add in this case – it’s an enormous amount of effort.

Third Generation change leaders – the wizards of the Future – somehow have to resolve two seemingly contradictory facts. Firstly, the most difficult undertaking is to change the behaviour of people. Secondly, in the future people will be required to change their behaviour in unprecedented ways and at unprecedented pace.
If you doubt this, pause for a moment to consider two questions:

1. What is currently the biggest change affecting your company?
2. What will be the most significant change to affect our lives in the next 20 years?

When I asked these questions at the Monte Carlo conference, my audience came up with some interesting answers. The responses to the first questions were predictable enough: Increasing competition, squeezed margins, recruiting the right people.

But question two revealed concerns of a very different order. We are worried about the state of our planet – its climate and the probably irreparable damage we are putting on its ecosystem. We have concerns over economic and demographic shifts, about the hideous imbalance between rich and poor, developed and developing. Political, ethnic and religious hostilities and warfare threaten us. All these are very real issues in the minds of many. I guess the question is – are they real enough? Is the felt urgency of the situation pressing enough to overcome the ancient human resistance to changing our behaviours – sufficiently and sufficiently rapidly?

Evolution or bust
Here are the great challenges for Third Generation leaders. Who will lead us through these changes? My audience in Monte Carlo did not seem to place much faith in Bush, Blair or Putin in this context, nor in the present crop of European politicians. The Chinese and the Indians seem concerned with their own internal economic revolutions. And the world’s religious and spiritual leaders don’t have these issues in the centre of their focus either. So whence cometh our saviour?

We need, of course, to grow up. We need somehow to get rid of our primitive, child-like, Ancient History dependency on parent-leaders and chief-leaders and great-man leaders and to spread the burden of leadership responsibility more widely, more democratically. We have become used to a notion of "the public" as senseless cattle, driven on and directed by energetic cowboy leaders either in quiet, organised ways or whipped up and shot at in Wild West stampede fashion according to what the situation demands. What we need in the 21st Century is a public that is aware, responsible, responsive and agile; which moves in the face of danger with the rapidity and certainty of the fish shoal, not the cattle stampede. Are we capable of such evolution?

There is a chance. Perhaps we are overlooking the potential of the greatest possible change of all. Might it be that current advances in neuro-science and nano-biotechnology hold the key to our future?

Suppose that it becomes possible to transplant the information, memory, experience, wisdom, judgement of the ages directly into the human mind. Suppose that for the first time in human history we can take control of the process of evolution of our mental equipment and determine its capacity for ourselves. Will our children look back at the early years of this century, smile pityingly and say "How did we ever manage with un-reconstructed minds- 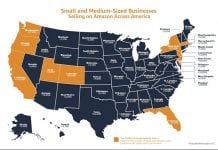