4 October 2007 — Sheffield (UK): The senior management team of the Kingfield Heath and ISA Group has been officially announced.

The Kingfield Heath and ISA Group has also completed the 100-day planning process to separate its wholesale and Supplies Team businesses. Richard Martin, group CEO, said: "We are now starting to implement our plans, the first step of which is to share our objectives with our colleagues throughout the business."

It has also been announced that the three companies will have separate operating boards, sales and operational functions. 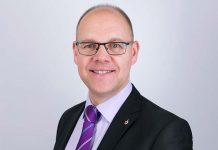