It may have been Buzz Lightyear’s favourite catchphrase in the Toy Story films but for Officemate CEO Martin Ma, it’s perhaps the perfect description of just how China’s reseller channel is shaping up in the globe’s most dynamic economy

Officemate CEO Martin Ma likes analogies. When he recently gave a lecture at China’s renowned Tsinghua University in Beijing, one of the MBA students asked him how far he could take his business in the future.

"Infinity" responded Ma, to much laughter from the students. He wasn’t joking however. "When you are a two or three year old child, do you think in terms of the end of your life- he told them. "Not at all – the horizons are limitless. And in the same way, the China office products reseller market is an exact parallel. The market here is the two or three year old child and the potential seems limitless."

To put it in context, Officemate has something like 200 outlets in China serving 80 cities. It has strong franchising and joint venture collaborative arrangements using catalogue, IT and contract business which has led to client relationships with the likes of Wal-Mart, BMW and Carrefour, as key customers. It also recently took over the marketing and reselling of German manufacturer Novus’s products in Shanghai with a view to expanding the relationship nationally after a trial run.

It’s no slouch on the sales front either. Last year, sales hit RMB600 million ($72.5 million) and year-on-year, it has doubled in size since its formation in 2001. Yet, according to Ma, it astoundingly has no more than 0.2 per cent of total market share.

Consolidation it seems is a long way off in the channel but, he says, that will change. Already, significant moves are afoot. Office 1 International for example, has eight stores in China with Shanghai as its hub. CEO Mark Baccash’s reputation for establishing businesses in emerging markets is well-known, and though beset by a variety of teething difficulties since launching in China – Ma himself has doubts about the current effectiveness of the superstore model by franchise in China – it looks likely to remain a player.

Then there is the newcomer Officebox which burst onto the scene at the end of July when it opened up a 20,000 sq ft superstore in Guangzhou. Its CEO Xia Liao Yuan has ambitious plans to open a further ten stores by the end of 2005 with Shanghai and Beijing on his shopping list.

And, most significantly, Staples entered the fray at the end of August by establishing a joint venture with the internet and contract business AO365. No doubt spurred by new retail laws that came into place at the beginning of June which have made it easier for foreign investors to start a business on the mainland, it is the most audacious signal yet that the Chinese reseller channel might be ready for lift off.

Ma says: "The Chinese market is undergoing a revolutionary change. I’ve worked in this industry for the last ten years and these changes encapsulate a new stage. The change in retail laws has meant that the global players have gone from preparation as far as China is concerned to actually taking action. The door has opened and it means we have to expect the big global players to enter over the next few years."

Not that it frightens Ma whose company was formed in 2001 and already employs more than 3,000 staff nationally.

"On the proviso that any newcomer has a good business model and that this will drive the industry’s progression, that has to be a good thing as it will help to establish a new standard in the channel. We will of course adapt and develop our business accordingly but we certainly don’t fear the competition, because we think we are ready to adapt to the new standard, and we are also one of the leading companies driving the industry’s progression."

Despite Staples’ entry however, Ma thinks it is unlikely that the global giant will move swiftly towards setting up a retail chain. And, he feels, the kind of problems Staples and other potential entrants such as Office Depot, OfficeMax, Askul and Corporate Express might face, would be significantly different from any they had encountered before.

"The key problem that global players will have is not the competition from a leading national player such as Officemate, but from the enemy within. By that, I mean the thousands and thousands of little local businesses all over China that are in this channel already.

"The number is incalculable and it will almost be impossible to find them and take them on. Additionally, the type of problems a national retail chain faces would vary dramatically from one administrative region to another. In the short term, it’s a minefield."

Understanding the Chinese customer is also key. "The Chinese buyer already knows the importance of brand and yet, will always, always try to talk you down on price, and they want your price lower than that of Wal-Mart and even the wholesale markets which are located in most cities of China," says Ma. "It is the mentality and even though you might be bringing some kind of world class service standards to the table, they will still try to drive you down to the price of a service that is not so good. They want the service on time with the free of charge delivery always."

The principle of service nevertheless is one that Ma is keen to drive through to his customers.

"Our service vision is simple. Focus on your work, we’ll take care of the rest. This means you do not have to waste your time on bargaining, as the time saving is more valuable than the OP cost saving because our professional knowledge and new IT technology not only helps save money, but also helps you make better use of your time. Overall, it seems to work but that’s because our knowledge is based on more than ten years’ experience."

Despite that, Ma is not resting on his laurels. Although he even hesitates to label his business a retail chain – he prefers to view it as a logistics provider with a retail add-on – he accepts that at some stage in the future, it is the way that the business may have to go. Another option he says is developing some kind of cooperative relationship with the global players perhaps even – in the long term – with a view to selling the business.

For the next few years however, he accepts that the real task at hand is to continue to develop the brand and the overall business. With investment pouring into the country and less than four years to go to the Beijing Olympics, the rewards are potentially massive.

"We must always strive to strengthen the business, strengthen the brand and improve our IT systems to make sure that we are ready to cooperate or compete with the global players," he says. "This market will consolidate into four or five big players and when that happens, we want Officemate to be one of the players in the market. Ten per cent is realistic and I aim for Officemate to be there."

And that’s the kind of ambition that, no doubt, would have Buzz Lightyear nodding his head in stern approval. 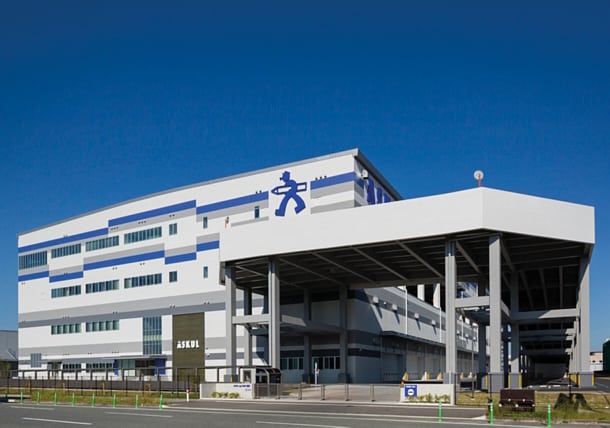