The case, regarding inks used in the refilling of certain HP inkjet cartridges, has been settled and includes a resolution with Korea-based InkTec, the manufacturer and distributor of the infringing products.

As part of the settlement, both InkTec entities and the PCE Group acknowledged the validity of the HP patents concerned and admitted to infringement. They have agreed to pay HP an undisclosed sum, to stop selling infringing inks in Germany and other countries and to withdraw infringing products from the market.

HP filed the lawsuit in October 2006, after it discovered that certain ink refill kits sold under the InkTec brand and distributed by InkTec and PCE Group contained infringing ink.

Michael Hoffmann, senior VP of HP’s supplies, imaging and printing group, said: "HP will continue to invest in technology that benefits customers and to vigorously protect this investment. We’re pleased to have resolved this matter quickly without extensive litigation and will continue to monitor InkTec and others for possible patent infringement as part of our ongoing worldwide testing and enforcement efforts." 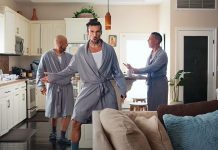