The event, which took place at the Grosvenor House Hotel, was hosted by the TV presenter/producer Paul Ross.

In-keeping with the impending Ashes tournament, the raffle followed an English and Australian cricket theme. Large screens were erected around the room showing images of the previous Ashes, alongside recent Pritt and Sellotape commercials.

The money raised will go towards the BOSS Benevolent Fund, established to provide for the needs of individuals who have worked in the stationery or office supplies and services industry and their dependents.

Colin Gadd, sales director of Henkel, said: "Henkel was pleased to support the BOSS on such a worthy cause. We feel, that it’s important not to forget those in our industry who may have fallen on hard times. By including Mr Pritt’s attendance we hope to have brought something special and different to the evening, confirming our commitment." 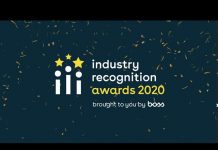