23 July 2007 &mdash; Sydney (AUS): Harvey Norman, the Australian retailer, is said to be mounting a challenge to Officeworks by opening a new office supplies chain.

The proposed brand name has been registered as Ofis and it has been reported that at least two sites have been identified as potential stores, which could be operational within a year.

Gerry Harvey, the executive chairman of Harvey Norman, said: "There’s only one chain selling office in Australia so it’s probably opportune to set up an opposition chain. Officeworks is virtually a monopoly."

Harvey also said that the ideal location of Ofis stores would be near existing Harvey Norman stores but that this might not be possible due to certain constraints. 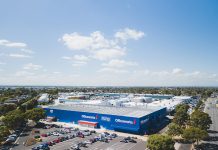