Parts Now has announced its entry into the computer parts market. The company will serve as a single source for new and refurbished IT service parts. Its expanded product range includes system boards, hard drives, batteries, power supplies and display monitors. And the Middleton-based firm is aiming to maintain the same level of service as it has done with printer parts including a minimum of 98 percent fill rates on same-day orders and a six-month warranty on refurbished parts and compatibles.

The TriMega Purchasing Association and The American Small Business Coalition are to create a strategic partnership, working together on US federal government, state and local procurements. The partnership will focus its efforts on education, business strategy, market research and relationship development, concentrating on the TriMega GoverNet programme – a network of independent small business dealers located in major federal markets, which offer next-day delivery.

Ingram Micro has officially re-entered the Argentinean IT market by opening an office in Buenos Aires. The company says that it has already assembled its core management team and expects to complete the full team of 35 employees by the end of the year. Alain Maquet, president of Ingram Micro Latin America, said: “Following a thorough analysis of the Latin American market, and at a time when the IT market is thriving, we feel the time is right for Ingram Micro to be in Argentina. We will be the only global distributor in the country and believe this unique position will allow us to bring best-in-class service to all customers and vendors doing business in Argentina.” The return to Argentina follows a five-year absence. The company originally began business in the country in 1999 but left the market during its third year of operations in 2002.

Staples has taken a courageous step by introducing a product review feature to its website. The OP retailer has teamed up with PowerReviews, a provider of retail customer product reviews. On its website, Staples displays customer ratings on products, including staplers and shredders. Customers are given the chance to have their say on the products’ pros and cons and can even discourage people from purchasing goods. The website can be found at www.staples.com/sbd/reviews/product-reviews

Office Depot has detailed its proposed strategy to withdraw the Viking brand from the European retail market. Company chiefs have revealed their plans to remove the Viking name, and focus on being a single supplier name. Depot CEO Steve Odland said the process would be a “multi-year” programme of gradual dual-branding. And it was revealed that the programme may be scrapped altogether if the switch-over meets customer resistance. Charles Brown, president of Depot International, added: “I think the important thing to consider is how we are going to go about it. Initially, all we are doing is putting a co-brand Office Depot/Viking label on the cover of the Viking catalogue and on our delivery boxes. It’s not a wholesale change.”

Pelikan Hardcopy Deutschland and Swiss Pelikan Hardcopy have admitted claims asserted by Hewlett-Packard (HP) of patent infringement. A court judgement has ordered Pelikan to stop importing and distributing the infringing cartridges and to pay damages to HP. The company must also recall all infringing products that might still be in the distribution channel. The infringing products were new cartridges, as opposed to remanufactured, and had been sourced from a third party and imported into Germany. They were sold under the Pelikan brand and designated as H06 and H08 colour cartridges.

The Russian OP market has been rocked by the news that two of its biggest players are to merge. Bureaucrat Company and Top Pen Enterprise will join forces, forming the largest wholesaler in the massive Russian sector. The merger is said to enable both companies to extend the potential of their business models by increasing market share and creating a wholesaler with huge financial and operational power. According to Bureaucrat and Top Pen, their combined portfolio of products will be the most extensive in the market and customers will be better off as a result of more competitive pricing and improved service levels.

The Beijing Olympic organising committee (BOCOG) has terminated a licensing contract with Lekit Stationery after an investigation found it guilty of employing child labour. A June report accused the stationery firm, involved in the manufacture of official merchandise for the 2008 Beijing Olympic Games, of employing children and making them work 13-hour days. At the time, Lekit manager Michael Lee strongly denied the claims, telling the BBC: “It’s not true. We work for some of the best brand names in the world and they check our company every month.” After completing its investigation, BOCOG said: “The report shows that from January to February 2007, Lekit Stationery was believed to have used child labour by employing eight students for packaging work, which was not related to Olympic products.”

Lenovo in talks for Packard Bell

Lenovo has announced that it has entered into a memorandum of understanding to acquire Packard Bell, the European PC manufacturer. Lenovo says that it is working with an independent third party to negotiate a deal, while also holding discussions with the relevant government agencies. But, Lenovo has warned shareholders and potential investors that the proposed acquisition may not materialise.

Harvey Norman, the Australian retailer, is said to be mounting a challenge to Officeworks by opening a new office supplies chain. The proposed brand name has been registered as Ofis and it has been reported that at least two sites have been identified as potential stores, which could be operational within a year. Gerry Harvey, the executive chairman of Harvey Norman, said: “There’s only one chain selling office products in Australia so it’s probably opportune to set up an opposition chain. Officeworks is virtually a monopoly.” Harvey also said that the ideal location of Ofis stores would be near existing Harvey Norman stores but that this might not be possible due to “certain constraints”.

Wal-Mart Stores and Bharti Enterprises in India have set up a JV, creating Bharti Wal-Mart Private Ltd. The new company will be run on a cash-and-carry basis and will provide back-end supply chain management. Over the next seven years, Bharti Wal-Mart will open between ten and 15 cash-and-carry outlets, creating as many as 5,000 jobs. It is understood that the first store will be located in the north of the country and will sell a range of groceries and consumer appliances sourced by Indian suppliers. 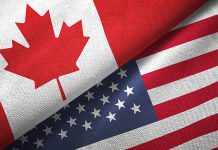