TriMega has announced the resignation of EVP Frank Fonteyn.

Fonteyn has played a key role in the management of both the National Purchasing Association (NPA) and TriMega, having been appointed executive director of NPA in 2000 before taking over as EVP of the combined group when they merged in 2002.

He plans to take over the sales and marketing responsibilities for a smaller buying group of copier dealers, IBPI, in Phoenix, Arizona. 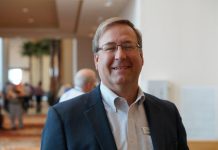