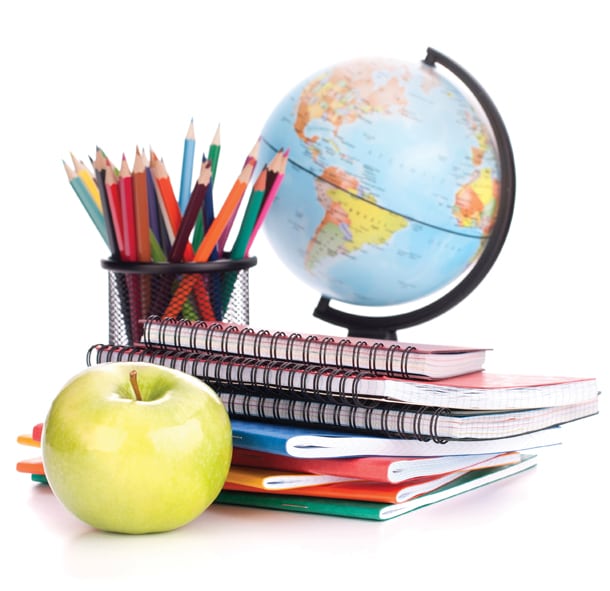 The total back-to-school (BTS) and back-to-college market is worth $72.53 billion in the US alone. Of this, traditional school supplies, such as notebooks, folders and pens, account for $7.24 billion while electronics, including PCs and tablets, are worth $19.5 billion.

Last year, US BTS retail sales hit $30.3 billion and while the National Retail Federation (NRF) reports this year’s sales to be down sharply to $26.7 billion, each US household still spent an average of $634 on BTS this season.And the 2013 BTS market in the UK was at least as buoyant. Figures from GfK for July-August show the UK stationery market up 3.5% by value.

GfK says this growth continued into September, producing overall value growth in the BTS 2013 period of 4.5%, driven by sales at grocery chains which saw a value uplift of 4.6%. By volume, however, the market declined 7.9%. In the US, figures from the NPD Weekly Retail Tracking Service show total BTS spending down 1.9% on last year at $3.39 billion for the 13 weeks to 5 October. The biggest fall, according to research firm NPD, was at office superstores, with a 3.9% sales decline. Other retail stores’ sales slid 1.6%. NPD Office Supplies President Lora Morsovillo says: “One bright spot was e-commerce [up 6.2% by value], but it’s such a small piece of the overall pie.”

The OP superstores’ market share also declined, according to NPD, with their slice standing at 30.2% this year on 30.8% last year. But it is a piece of pie that is still worth $1.02 billion. “We saw a lot of activity in the office superstores to differentiate their offerings,” says Morsovillo, “particularly celebrity endorsements”. However, she adds that choosing the right celebrity was a tricky balancing act. “There have been mixed successes on sell-through and it’s really striking when a product’s hot.”

In the UK, GfK figures show that writing instruments were strong in both retail and the business channels, with value growth of 3.9% and 5.7% respectively. Branded products were instrumental, according to GfK, showing a value uplift of 11%, while own labels fell 11%.  Pentel Marketing Manager Wendy Vickery confirms this, saying demand for Pentel’s EnerGel range of markers has been “record-breaking” this year. And the US was no different. “Brands do well because of quality perceptions. We also saw growth in areas that focus on fashion with patterns and colours playing an important role,” adds Morsovillo.

Vickery comments: “Some of the biggest consumers of stationery and trendsetters are teenage girls and violet is extremely popular with this audience. We’re seeing sales of violet ink pens becoming as popular as blue now."
“Consumers are still looking to get value for money,” adds Vickery. “This has always been the case at back-to-school time, regardless of current strains on the household budget. Value, however, doesn’t necessarily mean always choosing the cheapest product.”

Back-to-college spending in the US is also down. “The good news is that consumers are spending, but they are doing so with cost and practicality in mind. Having splurged on their growing children’s needs last year, parents will ask their kids to reuse what they can for the upcoming school season,” NRF President/CEO Matthew Shay said in response to this year’s figures.

Last year’s US BTS and BTC sales were driven, in part, by growing demand for tablet devices and PCs, according to the NRF. The organisation estimates that $8.38 billion was spent on BTC electronics this July, down 12.6% from $9.59 billion in July 2012.

IDC and Gartner also both reported a decline in PC sales during the BTS season this year. And, while Apple sold 14.6 million iPads in Q3 2013, unit sales were down 14.1% this year.
Despite this, NPD’s Morsovillo says: “What consumers have told us is that, while overall there was no growth in those products this year, if you break it down by age group, middle school and also junior high school did see a little bit of growth.”

Experian Marketing Services Head of Global Research Bill Tancer says that BTS marketing started much earlier this year, with some campaigns kicking off as early as May. But, he says, this doesn’t mean shoppers started buying earlier. “Shoppers are delaying their purchases till later in the season, even beyond the Labor Day weekend. Students, for example, want to wait to see what the other kids are wearing before buying,” he says.

Morsovillo says that retailers in the US started marketing BTS earlier two or three years ago. However, she adds: “A good proportion of the US had a very late start to summer climate-wise. And people just weren’t shopping for these products until the end of July. So stores weren’t seeing as much traffic as usual.”

Vickery meanwhile points out that marketing is crucial to shoppers’ decision-making process. “Pentel has had a successful back-to-school promotion with a particularly attractive selection of offers on key products, with a strong range of consumer offers.” She adds that while convenience is an important factor in where consumers shop, it also “varies enormously according to demographic factors”.

“Students requiring specific products for university courses will be more likely to visit a specialist stationer or out-of-town retailer to find what they’re looking for, whereas parents of young children may be more inclined to incorporate their back-to-school purchasing within their weekly shop in the supermarket or high street,” she says. “What all of them have in common,” she adds, “is increasing use of the internet to make their back-to-school  purchasing selections.”

In the UK, online saw value growth of 18%, according to GfK, whereas traditional in-store sales only grew 3%. “Online is the area experiencing the most growth for our customers, due to the convenience and choice offered by this channel,” GfK Account Manager – Office/Stationery Panel Sarah Wheeler explains. “With online sales flourishing for stationery products in BTS 2013, this is an important area to target customers driven by the digitisation in consumer purchasing habits,” says Wheeler. But online is not growing as strongly in the US. “I think with e-commerce, we have seen steady growth in the US,” comments Morsovillo. “But that’s not isolated to the BTS season. There is definitely room for growth.”

Despite this, the NRF’s 2013 BTS survey shows that more US consumers are turning to the internet to save money, with 36.6% saying they will do more price comparison online. All channels remain important to Pentel, comments Vickery: “The high street contains many of the traditional destination stores for BTS purchases, while the independents offer the range of choice that consumers requiring specialist products are seeking. We ensure that we have a credible BTS solution for each channel.” Wheeler says: “BTS has seen good growth over 2013, where brands have been the key contributor. Looking forward to 2014, if this growth is to continue manufacturers and retailers need to look at gaps to expand.” “I think it’s having the right selection of products, the right quality of products and having them at a good deal and offer value,” adds Morsovillo.  “The opportunities for Pentel are to bring innovative products to the market and explore opportunities with non-traditional routes to market, such as the internet and value retailers,” says Vickers.

As the OP industry in the northern hemisphere focuses on next year, it must be ready to embrace a more bargain-savvy set of customers. And, while the internet was an important channel this year, its growth looks likely to dominate next year’s BTS season, in the UK at least.

Manufacturers and resellers will also need to get their marketing right in the battle for brand dominance in the minds of consumers. At the more globally focused brands and resellers meanwhile, thoughts will be turning to the start of the back-to-school season in the southern hemisphere, where marketing efforts will have already begun. 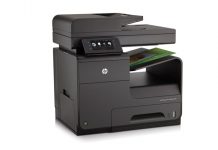 Getting down to business 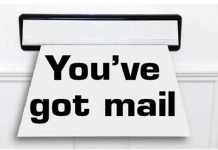