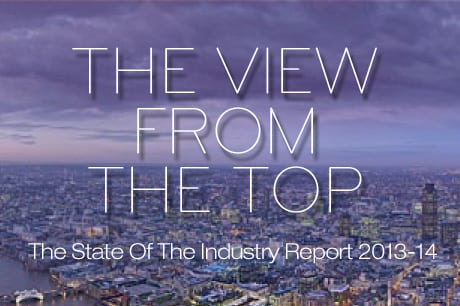 Last year was a critical year for the OP industry worldwide: with the developed economies beginning to emerge out of recession, would the OP industry return to growth and profitability – or would negative structural demand forces continue to pull the industry into decline?

To address that question – and provide some answers – specialist OP market researchers Martin Wilde Associates (MWA) in collaboration with OPI have just published a new annual OP market research study, based on perceptions of and forecasts for the OP industry among senior OP industry executives worldwide.

The State Of The OP Industry 2013-14 is based on 51 in-depth telephone and online interviews, carried out with senior executives (mainly CEOs) from 26 manufacturers and 25 distributors (as shown in Figures 1 and 2). As Figure 3 shows, as many as 22 of these respondents were focused mainly on Europe and 16 on the USA, while eight claimed to be global players. Another five mainly served countries outside the US and Europe.

The outcome of the interviews makes for fascinating reading as well as analysis. Overall, the vast majority (72%) of respondents believed that the OP market had indeed declined further in 2013. While half of them felt that it had declined by less than 5%, some reported that it had shrunk by as much as 6-10%.

The reasons given for this decline were varied, but tended to be reiterated across all the regions covered by the survey. For a start, the economic recession had resulted in a reduction in office employment and caused a programme of corporate cost-cutting. In addition, digitisation had been a major factor in the decline in demand for ‘traditional’ OP items. There had also not only been some price deflation in 2013, but a further move towards lower value private label products.

Nevertheless, virtually all respondents felt that their own companies’ sales had indeed outperformed the overall OP market in 2013, with around half claiming that their sales had increased during the year. Less than 40% admitted to a decrease. However, just over 40% of distributor respondents claimed that gross margins had declined in 2013 and – while none reported making a loss in 2013 – about 40% claimed that their net profits had also declined in 2013.

The product category that was by far the most widely-reported as growing in 2013 was FM supplies (70% of all respondents). However, virtually none of the traditional paper-based OP categories were reported as seeing noteworthy growth in 2013. Indeed, it was these traditional categories that were regarded as being in decline in 2013, particularly filing supplies (50% of all respondents).

Overall, the two distribution channels that were by far the most widely quoted to have won market share in 2013 were Amazon/eBay (84% of all respondents) and internet-only OP resellers. However, there were some differences between regions.

Meanwhile, the distribution channels that respondents said were in decline in 2013 were more numerous and less salient. Overall, the national contract stationers (41% of all respondents), OP superstores (37%) and OP dealers (37%) amongst others were all widely cited as losing share in 2013. Again, there were some variances by region.

Other key trends identified by respondents for 2013 include the following: