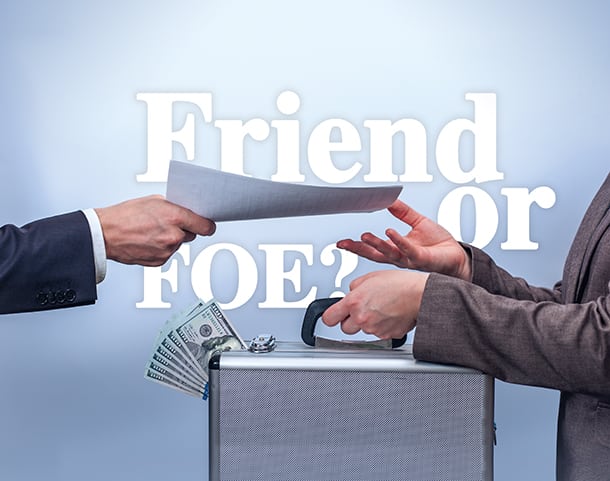 There have always been investments, deals, mergers and acquisitions and money floating around the office products industry. While the 1990s and early-2000s were a frenzy of acquisitions and consolidation, the 2007 financial crisis ushered in a more subdued market.

The past couple of years, however, have seen increased investment activity as industry transformation accelerates. The most notable recent deals have been the divestment of the international arms of Staples and Office Depot to private equity (PE) companies. Rumours have also been circulating around the sale of Staples’ US business, although at the time of going to print, the headlines had largely subsided again.

But with so much current interest and Staples and Depot’s international operations now mostly under private equity ownership, the question is: what does this mean for the business supplies industry?

Most industry experts that OPI spoke to were of the opinion that the level of interest and investment already shown by PE companies is a positive development. Soft-carrier non-Executive Director Peter Damman believes it is a “good thing”, adding that it shows trust in the industry that has not previously been seen as sexy or even profitable by private equity. “Why would you invest in a sector you believe is rapidly going downhill?”

However, it’s no secret that certain parts of the sector are struggling, namely the traditional OP branch of the industry, which could be rich pickings for private equity firms moving forward. “Core office products continues to decline and we’ve seen the massive shift in the Staples business, for example, into categories ‘beyond office supplies’,” says Eamon Kelly, Research Associate – Partner, Cleveland Research.

Putting it into perspective

There is clearly still a lot of value in the OP industry overall and in individual businesses in particular, as no PE fund is going to win backing to provide capital for a company it doesn’t believe will produce a good return for investors. “Staples and Office Depot were the headline deals in the traditional OP markets, but there has been other activity in the addressable market. There has to be scale or potential to interest true PE investment,” says SPOT Group CEO Jeff Whiteway. And he’s someone who should know having worked under PE ownership for almost three decades.

Whiteway believes that PE investment in the industry is a positive. Speaking from his own experience, private equity has enabled acquisitions in the past and will enable further consolidation in the future.

However, the typical deal often has a finite timestamp, ie the length of the fund. The usual shelf life is three to four years before the business is sold on or investors see their return on investment by taking the company through an IPO. The timescale is a double-edged sword. On the one hand, it can mean asset-stripping of the business to maximise the investment within the limited timeframe. Or it often means restructuring the business in question more rapidly than could have been achieved otherwise. Either way, putting an improved company back onto the market can only be a good thing for the overall industry.

“PE firms are not generally operators or interested in the finesse of creative, forward thinking. They are very focused on the performing assets and how they can supercharge those parts they can add to while peeling off the ones that are underperforming or weighing them down,” explains ESG CEO Mark Newhall.

Ramsdale and Company Managing Partner Doug Ramsdale agrees: “PE companies are active, engaged and demanding shareholders. It’s not their goal to manage the business and they see bad management as a company’s biggest constraint.”

Whiteway adds: “Unnecessary cost and inefficiency in their invested business will be removed, but there is nothing like good old-fashioned sales growth to maximise values. Supporting a quality management team or replacing a failed one can only be good in achieving that.”

Which was seemingly part of the problem with Staples and Office Depot. Many of those OPI spoke to all said the same thing: the resellers’ international divisions were left to flounder by headquarters and, by and large, didn’t have the right management in place. As one industry insider who asked not to be named commented: “I think Staples and Depot approached Europe as if it’s one country and therefore didn’t get the synergies they thought they would. They have basically been stunningly unsuccessful.” But, the insider went on to say, private equity would “provide the opportunity for reshaping the businesses to ones that are cash generative and profitable which couldn’t be done within such enormous companies where most of the profits are made in the US.”

As a business that had been under private equity in different guises for many years, Clover Holdings CEO Jim Cerkleski says there are clear pros and cons with such investment. When business is good, for example, management is left alone, but when it’s not, major changes happen, such as restructuring entire leadership teams. “They can just take people and whole divisions out which is obviously not only very disruptive to the company involved, but also to everyone else in the supply chain,” he adds.

But private equity can also bring about a lot of positive change, some of it in unexpected ways. OPI spoke to Greg Moore of viscom and furniture manufacturer MooreCo about the recent management buyout. Moore says that the 2007 private equity investment provided the family with the exit it needed from the business, while at the same time enabling him as the new CEO to do things that had been previously unachievable as a family-run business.

The company was under PE ownership for nine years – much longer than the usual fund – but this gave Moore the opportunity to learn a “tremendous amount”. He admits that it was challenging and stressful, particularly when the 2007 financial crisis hit: “These models are great as long as you can grow. Now looking back, I would still do it again because it was the best option for the prior owners, the company and its employees. But it isn’t for everyone. Unless everything is perfect, you walk away with some scars.”

Typically, an increase in PE investment is symptomatic of an industry in trouble, but on the flipside, the investment means that private equity companies think they can turn it around. Talking specifically about the UK OP wholesale sector, for example, one industry insider says that even though the PE firms bought the distressed assets to try and sort them out and make a profit, the market has changed faster than they expected.

So what happens when private equity firms want out? Who is going to step up and buy them? There are three likely scenarios: an IPO is one option, but the preference is usually for a sale to two main types of buyers, either another PE firm or someone within the industry.

All those interviewed for this article agreed that the current levels of PE investment are likely to be the catalyst for serious consolidation within the industry. “Taking cost out of the supply chain is essential for the industry and we should see this as a positive – proactive investors will help achieve that,” says Whiteway.

“From my perspective, change is opportunity and always has been, but for those who like it the way it used to be, this will be a painful and nerve-wracking time. It’s going to be harder for smaller firms to survive long-term, there’s no doubt about it,” adds Moore.

For independent dealers that may think PE is a good option to get out of the industry, ESG’s Newhall warns that it will undoubtedly be the larger, stronger dealers that get acquired first, then PE firms may work downwards. “If I were an independent, I probably wouldn’t hold out for that knock on the door just yet. I think they’d rather buy scale than build it. I would focus on strengthening the parts of my company that would be most attractive for investment, such as contract relationships, international penetration, etc. That’s what PE firms will be looking for,” he adds.

Taking public companies private can also lend itself to ‘freeing’ a business to explore other avenues that might have previously been closed off. “When you’re private you have so many more options to manage the business and don’t have the public pressure of always being second-guessed,” says Cerkleski.

In addition, he points out that as a public company there is so much noise around stock price and performance which runs through the public markets and media scaring consumers. It creates a vicious circle of fearmongering. “Going private allows a business to be a lot quieter which means if you do your job and service your customers properly, you’ll maintain them.”

Another industry insider agrees, adding that as the industry is undergoing a large and fast seismic shift, restructuring the assets within the industry will be better in a private rather than a public forum.

“Private equity in the business supplies industry is good. PE firms buy a strong business for a high price or a damaged business for a low price. Then they knock companies into shape which is something this old-fashioned and traditional industry definitely needs,” says soft-carrier’s Damman. He also points out that once those businesses under PE ownership become lean and mean, there will be more pressure on the market. “This is not a market that’s growing so market share will be taken from someone else. But I think it’s healthy pressure and this industry needs it,” he says.

Cleveland Research’s Kelly warns, however, that private equity is unlikely to change the course of the industry over the long term. “Private equity firms being involved is not going to change shopping or usage behaviour by the consumer or by businesses, so it’s really only prolonging the inevitable.”