Synnex Canada, the country’s biggest ink and toner distributor that sells to more than 8,000 resellers, just got even bigger. Last week it acquired the assets of Azerty United Canada’s ink and toner business from United Stationers for around $17 million.

Synnex Canada CEO Jim Estill is clearly elated about the move. He told OPI+: "At Synnex we are thrilled; it will allow us to improve our service to both customers and suppliers and proves we are a company on the move. We now have an even greater advantage to our critical mass. The move means better inventory returns, better fill rates and more SKUs. This will enable us to stock more obscure products and be the primary source for everything."

Azerty United Canada registered revenues of around $100 million in the 12 months ending 31 March 2006.

The acquisition is estimated to close on or before 15 June and, due to the nature of the integration, the additional revenues are expected to have an almost immediate impact.

Although Estill would not comment specifically on how the move will impact the bottom line, he said: "It means that our supplies business is here to stay." He did reveal however that, because the market is so competitive, the company would be passing on price savings to customers.

Estill is confident that the two companies can be merged smoothly, which he says is partly down to Synnex’s history of acquisitions and its experience in integrating new companies, and partly because Synnex and United are, in Estill’s words, "quite similar". "Both companies run in similar ways," he said. "Both have a high knowledge base, long-term employees of around ten years or more and a good team spirit. If you went to each office you would find that they are not dramatically different.

"With change there is opportunity, but there is always uncertainty and nervousness," added Estill. "At Azerty there is understandably a high degree of uncertainty, but we will make the new staff members feel welcome and treat them with respect, because they may know some customers better than we do. Many people at Synnex have come in through acquisitions so we know how it feels."

Even Estill himself joined Synnex when his previous company, EMJ, bought Daisytek, which was then acquired by Synnex Canada in 2003.

And acquisitions will likely remain a cornerstone of Synnex Canada’s future strategy. "Of course we will go for more acquisitions," said Estill. "One way we have grown is through acquisitions and it makes a lot of sense because we can make a lot more sales without more overheads and space – and you don’t need to rewrite the IT systems."

Synnex Canada turns in annual sales of $1 billion (compared to $6 billion at Synnex Corporation as a whole), around 30 per cent of which come from ink and toner, is facing a "tremendously upbeat" future, believes Estill, mainly thanks to increased quality of output, the move into colour, and the company’s increased critical mass.

So why did United decide to sell the division? The answer, once again, comes down to critical mass, believes Estill. "United is doing $120 million in sales, but in ink and toner we have a better fill rate and lower costs," he said. 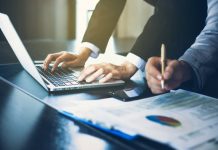 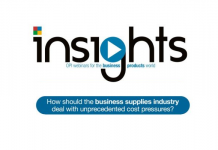 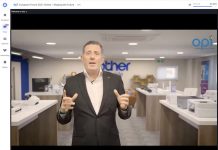