President/CEO Magnus Nicolin said: "We are pleased with improvements in a number of key areas in the first quarter of 2005. Despite a decline in reported net sales, we reported a reduction in our net debt.

"With continued management of our operating expenses and working capital, we expect to see further improvement in our operating results in 2005," he added. 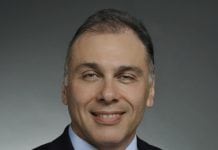