Dr Byte USA, the desk accessory manufacturer and distributor, based in Boca Raton, Florida, has entered into an exclusive partnership with one of India’s top writing instrument manufacturers, Cello International.

"We have been speaking to Cello for over a year and we are now its exclusive distributor in the US, so we’re going to try to get Cello-branded products and private label lines into the US market," David Travis, VP of sales and marketing at DR Byte USA, told OPI+. "We hope to get over $50 million from Cello pens on an annual run rate within five years."

In order to serve both companies in the partnership, Dr Byte USA has announced the opening of a new headquarters in Boca Raton. The sales efforts for the companies will be led by Travis.

Cello, a household name in India, is one of the subcontinent’s top pen manufacturers, with a 30 per cent market share. Having produced pens for more than ten years, it makes three million pens a day, each one individually tested for its writing ability.

Cello’s only sales distribution point in the US currently is through Office Depot, but Travis is confident that there is already a lot of interest in the US OP market for the firm’s product lines.

The partnership will not just be restricted to pens, however. Dr Byte USA is also looking at projects with other Cello product lines such as plastic files storage. In addition, Cello and its Indian contacts are helping Dr Byte to increase its sourcing from the country and forge other Indian partnerships.

From Cello’s perspective, it will have a presence in the US at less of a cost. Dr Byte USA is already set up with its own staff and infrastructure and contacts with all the major retailers. So, in essence, it is a partnership with a multitude of benefits for both sides.

"We are very excited," said Travis. "We have been able to grow rapidly as Dr Byte USA and we now hope our partnership with Cello will take us to the next level."

Dr Byte USA has indeed come a long way from its humble beginnings just three years ago when Travis and colleague Brad Brenig both worked at Eldon in the Newell Rubbermaid family. "We were frustrated by Eldon’s lack of innovation and our buyers were getting frustrated. And then we saw an opportunity – Dr Byte Israel was manufacturing innovative new products, but did not know how to get into the US market. We set up Dr Byte USA in autumn 2002 and our product lines were soon taken up by the big retailers like Depot, Wal-Mart, Staples and OfficeMax," Travis said.

Later, when Travis was with a friend in Latvia he came across the Cello line of products that was being sold in Russia and the Baltics. Travis is confident that Indian office products have a promising future in the US, perhaps even more so than their Chinese competitors. "There is a big trend among western resellers to rush to China to get private label products and inexpensive writing instruments. But when it comes to writing instruments, Indian products – while not being comparable to Japanese products – are often better than low-end Chinese products."

And given recent price increases from China, it is sometimes becoming cheaper to source writing instruments from India. "We are starting to see better quality and more aggressive prices coming out of India," said Travis. "In addition, India has the added benefit of having a higher number of competent English speakers; none of the energy shortages or labour issues that we are currently seeing in China; and lower salaries.

"As China runs into these issues, I believe that more manufacturers will look to move to India and more US distributors may start to source from Indian OP manufacturers." 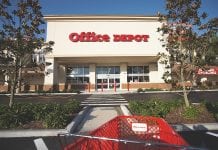 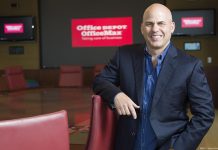 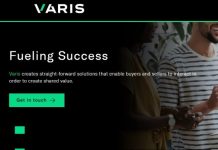