The fall came a day after Depot senior management told the Goldman Sachs retailing conference that they expect to see a double-digit decline in Q3 earnings. Depot’s CFO Patricia McKay said that the company anticipates both Q3 and Q4 earning to fall below 2006 levels (Q3 net earnings were $133 million).

The company attributes the decline to weak performance by its North American retail stores and its delivery business. These have been negatively affected by "small business spending weakness and pressure from a softening housing market," says Citigroup analyst Bill Sims.

Citigroup’s most recent analysis on Depot also points out that "a greater promotional atmosphere is increasingly pressuring margins".

However the analysts believe that Depot’s soft earnings are a symptom of the broader macroeconomic environment and insist that the retailer is neither ceding massive share nor facing major structural problems.

In light of its weak performance, Depot has re-evaluated some of its expansion plans in a bid to curb costs. Depot has cut the number of new stores it will open this year to roughly 100 from the originally planned 150. And similarly, 2008 will now see the opening of between 125 and 150 new stores, rather than the previously announced figure of 200.

Staples boss Ron Sargent, also speaking at the retail conference, said that although the Framingham-based retailer has observed the effect of the sagging US housing market on its retail consumers, it has not observed the same effect on its small business customers. 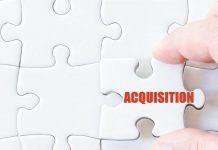