With temperatures dropping fast, the cold and flu season is nearly upon us. Cue the inevitable coughs, runny noses and all the other delights that afflict this time of year.

Despite efforts to improve the health of workers, businesses are reluctantly expecting the usual round of expensive winter absenteeism.

Gym incentives, hygiene advice posters and greater acceptance of home working have all softened the blow in recent years. That said, according to CCH, a US company that develops software for employment laws, 39 percent of employers report "presenteeism" to be a problem during this period, because of reduced productivity and the spread of ailments.

The Harvard Business Review recently reported that millions of US workers come to work ill, resulting in what could amount to as much as $150 billion in lost productivity to employers.

In the UK, each year sick leave costs the economy about £13 billion, with employees on average clocking up ten sick days on an annual basis.

This has left the door open for office products companies to come up with inventive ways of promoting cleaning and hygiene products. And the game stepped up a notch this year with hefty marketing promotions to boost sales.

Durable is counting the revenue from its award-winning UK Computer Cleaning Week held in September. The manufacturer created a media storm around its computer wipes and screen spray and made a star of its VP of marketing, Stewart Anderson.

The ‘Dirty Doctor’ made numerous appearances on radio programmes across the country, encouraging workers to turn their keyboards upside down on a sheet of white paper to reveal dirt lurking within.

The company also conducted a "forensics tour" at a major publishing house in London, taking swabs from phone receivers and desks. The results of which are awaited in column inches in the publisher’s varied titles including FHM and Woman.

"We thought that consumers really needed to be made aware of the dangers of not cleaning keyboards, monitors and telephones," said Anderson, who was rewarded for his efforts when he collected a prize for the popular campaign at the recent BOSS awards.

"People do realise they need to clean but they don’t appreciate the dangers of not cleaning. When we pointed out to them the amount of bacteria we could take from their keyboards and phones, they were quite astonished. When you show businesses the amount of illness days that are taken because of people being unhygienic at their workstations they become very interested."

Anderson said most resellers picked up the campaign, grateful for the manufacturer driving innovative ideas. Not all took part, however, and Durable is hoping the success of this summer’s inaugural week may spur them on to reap the rewards during the repeat now being planned for 2007.

"A lot of dealers got into the campaign and supported it and got a lot of benefit. I think some dealers won’t do anything themselves or be proactive. They’ll wait until the manufacturer puts a product out in the marketplace.

"It has been a great success for us, for dealers and the industry, and we really have to do it again. The dealers we have spoken to said they loved it – ideas like this are something they need from manufacturers and we want to do it again next year."

More products are planned and Anderson said he is looking forward to "beefing up" the campaign for next year.

Technology companies, too, have been busy working with office products manufacturers to find inventive ways of preventing sick winter workers.

AgION Technologies, which aims to become the "world’s leading provider of antimicrobial products", has worked with Logitech to attach an antimicrobial layer to a keyboard and mouse.

The versatile nature of the coating means it can be applied to almost anything to create a "self-cleaning" surface that provides continuous prevention against the unwanted growth of bacteria.

The company is working with Motorola to coat mobile phone handsets and with Papermate to coat pens. As an added bonus, the firm also claims its coating is environmentally friendly due to its silver-based properties.

Far from hibernating in the cold, from this year on the office products industry will welcome Jack Frost with open arms and products aplenty. 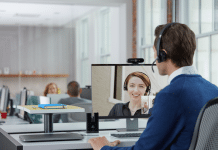