Clarkes Stationers in Haywards Heath, West Sussex, has acquired JH Lorimer, based in South Northwood.
Clarkes, an Advantia member dealer with 16 retail stores and an online service, formally took over Lorimer, a former member of dealer group Integra, on 20 January this year. As part of the expansion plan, Lorimer’s head office will be moving to a new location and 12,000 sq ft warehouse in Coulsdon.
The two companies will continue to trade separately and no jobs were lost during the takeover. 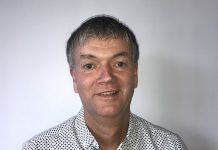 Advantia in partnership with Exertis