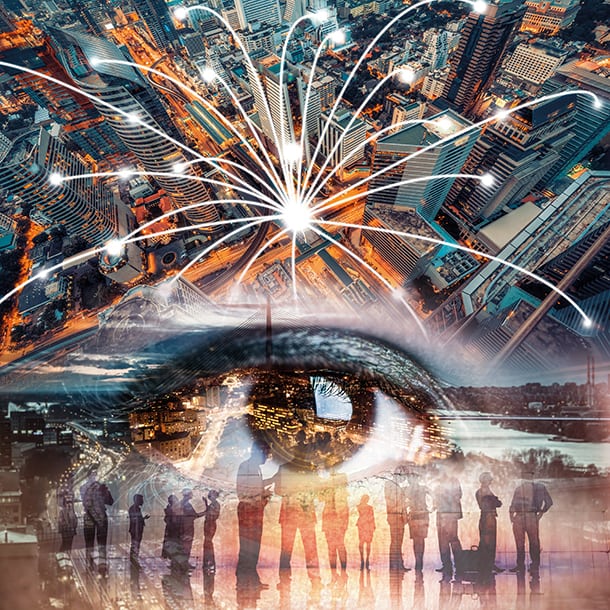 We all know that fads and trends can create losses or gains for businesses. We also know that companies need to be agile enough to move with the times – or likely face demise in some way, shape or form.

Those in the office products world know first-hand how a business can turn on a whim given the transformation that is currently affecting every aspect of the industry. But these changes are not being driven by a short-term shift, they are part of a much longer cycle of change caused by what are commonly referred to as megatrends.

Unlike ‘normal’ trends, a megatrend is a major movement in the progress of a society. The Council of State Governments in the US offers one of the most succinct definitions: “A megatrend is a large, social, economic, political, environmental or technological change that is slow to form. Once in place, megatrends influence a wide range of activities, processes and perceptions, both in government and in society, possibly for decades.”

Their importance for the business supplies industry should not be underestimated as ‘pie-in-the-sky’ theories; megatrends have very real consequences and companies need to put plans in place to cope with a world where the pace of change is rapidly increasing and business models are constantly being redefined. It is expected that within the next few decades, some modes of production and delivery systems will have developed beyond recognition and certain product types will simply no longer exist.

According to academics and research analysts, there are roughly 20 megatrends, but for the purposes of this article the focus will be on the five that are considered to exert the greatest influence: globalisation, demographics, technology, climate change and urbanisation.

Globalisation is not new, but it is entering a second phase. For some time, the balance of power has been shifting towards Asia, in particular China, but even this giant is decelerating. In fact, global trade was slower than global GDP in 2016 – the first time this has occurred for almost two decades – and is expected to affect emerging countries more severely than developed markets. The promise of the BRICS economies has also failed to materialise as Brazil, Russia and South Africa have fallen into recession.

While decades of globalisation have given rise to an affluent middle class, they have also failed to live up to their promise of spreading wealth more evenly. Instead, the gap has widened and many believe it has led to the populist uprising that is responsible for Brexit in the UK and the election of Donald Trump to the White House. Brother UK Managing Director Phil Jones says that with the global political environment changing rapidly, it will clearly impact the velocity, span and influence of globalisation.

But despite this growing trend of ‘anti-globalisation’, global trade will continue between all economies and agreements will be struck that will favour many emerging countries. As Frost & Sullivan Senior Consultant for Visionary Innovation, Jillian Walker, points out, the EU will continue to lead the world in trade, and while the US explores protectionist policies, economies such as China and India are looking to establish the Regional Comprehensive Economic Partnership – a mega-regional trade deal that would unite much of Asia and Oceania.

The population of the Earth is growing overall, but demographics are strikingly different depending on location. In many Western European countries, for example, the number of people is predicted to shrink while it’s set to grow in Latin America, the Middle East and Africa. Meanwhile, Frost & Sullivan forecasts that countries such as Japan, Germany, Italy, France and the UK will have hyper-aging societies by 2025 where 20% or more of the total population will be 65 or older. This compares to 15-20% in the US.

This means developed countries with a declining or stagnating populace, in conjunction with an ageing society, will face skills shortages and pressure on health and welfare systems. As a consequence, immigration will need to increase to fill the gaps. This in turn will create what is referred to as a ‘brain cycle’ whereby migrants return home to their home nation taking their skills with them.

This demographic maelstrom will lead to a ‘war for talent’, which CBRE Americas Head of Research Spencer Levy explains is about getting the level of ability and quality of talent that is required for a particular industry. “The war for talent is only going to get worse as advancing economies move up the value chain,” he adds.

The entry of millennials into the workplace is already creating fundamental changes in terms of working culture, office products purchases and mobility. Says VOW Commercial and Marketing Director Heather McManus: “Demographic changes are influencing traditional ways of working and creating an innovative and flexible working culture. There is also a greater need for products that promote wellness, optimum working and productivity, while offering simplicity of use.”

All of this is good news of course for the business supplies industry as the younger generations require new collaborative tools in the workplace, while older people will be required to work longer and therefore need products that appeal to them specifically.

The most pervasive megatrend has already permeated every part of our life, is constantly morphing, and has irreversibly changed society. Technology will continue to impact our lives in unforeseen ways.

As professional services network PwC points out, unlike the previous agricultural and industrial revolutions, the digital revolution has no boundaries or borders. Indeed, in many instances emerging economies are adopting some technologies faster than developed countries as they do not have to contend with replacing old legacy systems. A good example is the use of mobile banking in African countries such as Kenya with its M-Pesa money transfer and financial services mobile platform.

Technological developments within the workplace have also picked up pace in recent years which is having a dramatic impact on traditional OP sales. The proliferation of laptops, smartphones and tablets are a prime example as the rapid take-up of these products by staff has modified the office environment by giving them the freedom of mobility. In addition, the office has seen an influx of millennials who are ‘digital natives’, and this is in turn is having a direct impact on purchasing – they are among the prime candidates who are turning to e-commerce platforms such as Amazon for their business supplies.

Within this megatrend, there are subtrends such as robotics that are ultimately expected to become megatrends in their own right. Other interesting technological applications that are worth investigating include artificial intelligence, augmented reality, blockchain, drones, Internet of Things (IoT) and 3D printing. Some of these such as the IoT and 3D printing are already providing opportunities for the OP sector.

CBRE Americas’ Levy suggests that this new world will involve competing on services, not goods, explaining that just selling goods at a lower cost is a short-term outlook. “What are you really selling? You’re selling communication tools, so you’re now in the communications business. The Internet of Things is important when talking about supplying an office with both facilities management and business supplies as everything is becoming interconnected.”

On the flipside, as Brother’s Jones points out, people will also seek escapism from technology to reconnect with the ‘real world’. “Pens, paper and printouts will still play an important role in the digital detox of individuals wanting to avoid infobesity (data overload),” he says.

The impact of climate change goes beyond just a shift in weather patterns. A Leadership 2030 report by global management consulting firm Hay Group states that growing industrial and residential waste in developing countries will further aggravate the issues caused by rising CO2 emissions and temperatures.

PwC paints a pretty bleak picture of the future in terms of resources, pushing home the fact that as the overall global population continues to rise, by 2030 there will be a 35% increase in the need for food.

The net effect is that, globally, demand for water will rise by 40% and energy by 50%, meaning the world faces the very real threat of conflicts over increasingly scarce resources.

Good environmental practices and sustainability as part of long-term business strategies are becoming the norm. “This is particularly the case for those businesses that want to attract and retain environmentally conscious millennial workers,” says Frost & Sullivan’s Walker.

She adds that advanced measures of sustainability will define new office construction and retrofits. These procedures are already evident from the increasing numbers of Leadership in Energy and Environmental Design green office buildings that are being constructed globally. Environmental efforts are also extending to business supplies. While there is a shift away from traditional office products, including paper, there will be growth in environmentally-friendly products, particularly ones that have been manufactured from recycled material or with renewable energy.

Preventing, or at least managing, climate change through limiting greenhouse gases has become a major focus with the signing of the historic Paris Agreement which came into effect late last year.

As governments around the world get to work achieving these environmental goals, legislation and regulations, it is likely to act as an accelerant in terms of what businesses will have to comply with in the future.

Globalisation has led to the explosion of urbanisation and the creation of megacities (populations of over ten million), such as Tokyo, Mexico City, New York, Delhi, London and Shanghai. Currently, more than half the world resides in an urban area with the influx of people from rural areas continuing to grow – there are estimates of over one million people in mostly African and Asian countries migrating each week into urban areas. The prediction is that almost 80% of the global population will be in urban centres by 2050.

According to Frost & Sullivan, for many European countries just one megacity can contribute at least 30% to GDP. These giant urban centres also create megamarkets with business concentrated in these hubs. “This could impact logistics, placement of warehouses and locations for bricks-and-mortar stores,” says Walker. In the near future, it is expected that some megacities will turn into megaregions – Sao Paulo and Rio de Janerio is a prime example.

On a micro scale, VOW’s McManus explains that office space is becoming more multifunctional as companies look to fit more in and do more within existing spaces. “This filters through to how staff and employers have changed their expectations of the humble office by demanding more domestic comfort and design-led features and leaning toward more of a leisure and hospitality environment.”

While all of the above is a mere introductory taster to megatrends, it illustrates where the world is heading. The difference now is that the pace of change has been greatly accelerated due mainly to technology, meaning businesses must respond faster than ever before. What is also abundantly clear is that none of these megatrends work in isolation – they are all completely interdependent on one another, which Levy sums up quite nicely as “a seamless web”. 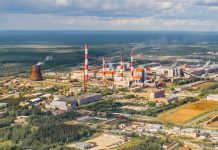