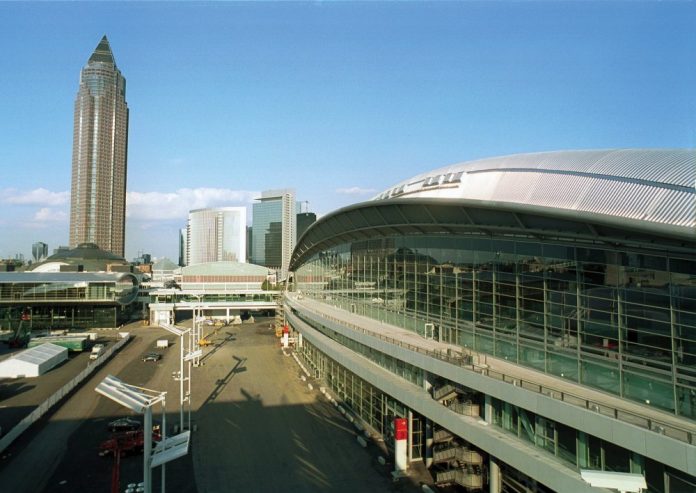 The reaction from a purchasing manager who hadn’t been to Paperworld for a number of years was quite telling. “I’m startled at the reduction in the number of exhibitors and visitors,” he told OPI after the 2014 event at the end of January. Another senior OP executive told us: “There was little point in going – my top ten suppliers weren’t even there.”

Certainly, the drop in attendance was quite marked this year, with a 6.4% fall in the number of exhibitors to 1,670 and a 7% decline in visitors to just over 42,000, according to official figures released by Messe Frankfurt.

The event organiser is aware of the issues it faces and is taking steps to attract exhibitors back, although some of the recent initiatives such as the Mr Books & Mrs Paper special show are unlikely to appeal to the absent office supplies vendors and buyers.

But it would be amiss to sound totally negative about Paperworld – it does still attract thousands of international visitors and retains its status as a melting pot for the industry. Exhibitors that OPI spoke to were largely satisfied with the quality of the visitor traffic, the chance to meet many of their international customers and the opportunities to develop new relationships.

And looking at manufacturers’ stands, they are clearly taking steps to either generate interest in existing product groups by, for example, developing trendier designs or colour schemes, or coming out with new products – some of which have little to do with traditional office supplies. But that’s a positive step because, as we all know, the market for these traditional categories is only going to decline further.

New European trade association SOFEA (Sustainable Office Environmental Association) was officially established in Frankfurt at the end of January following an inaugural meeting which was attended by more than 110 people.

SOFEA’s aim is to establish and then run a pan-European environmental evaluation and rating system for office products to be used by all resellers, meaning that manufacturers will only have to evaluate each product once, instead of the current situation where they have to respond to multiple requests from resellers all across Europe.

SOFEA has already received the backing of many major resellers in Europe, with representatives from Staples, Office Depot, ADVEO, Vasanta and Bureau Vallée all addressing the audience in Frankfurt to show their support for the project. Vasanta’s Jim Bennett certainly raised a few eyebrows when he said his firm would positively discriminate against vendors that did not participate in SOFEA.

On the manufacturer side, Pilot’s Marcel Ringeard has been the driving force behind the creation of SOFEA, which was developed out of a project Ringeard led at French trade association UFIPA where he is the current Chairman. Fellowes’ Johan Brondijk has also been heavily involved, while Stéphane Hamelin spoke of the need for all vendors to support the SOFEA initiative.

SOFEA has been set up as an international not-for-profit association under Belgian law and the key now is to develop the membership. Expectations are for 40 companies to initially join and the target is to have about 100 companies on board by the end of the year. Importantly, the level of the membership fees will be dependent on the actual number of members, but those that join before 1 June will be eligible for a refund on their initial joining fee – up to €12,000 ($16,000) for companies with annual sales over €100 million.

Founding members – those that join before the end of February – will be eligible to nominate a representative to sit on the first board of directors. The board will consist of 18 members – nine vendors and nine resellers – and its first members will be elected during a meeting to take place in Amsterdam at the beginning of March.

Clearly, there are still a number of issues and manufacturer concerns that need to be ironed out, but Ringeard said that the priority was to get the association up and running, agree in principle on the major areas and then sort out the details once SOFEA staff members have been appointed and the project can begin in earnest.

Autofeed technology has provided something of a boost to the shredder category recently (see also Category Analysis, page 45) and global vendors Fellowes and HSM were both demonstrating their new autofeed products at Paperworld this year.

US-based Fellowes has a bit of a head start in terms of product availability as its models are already in 2014 catalogues, and its machines can shred multiple sheets of paper at the same time. HSM, though, believes its more compact design – based on existing shredder models – and versatility will appeal to customers.

Rivals ACCO and Elcoman have had their own autofeed shredders in the market for the last couple of years or so, and it will be interesting to see what inroads HSM and Fellowes can make into this niche area.